Pits and fissures found on our teeth are obvious stagnation areas where dental plaque can form and mature, which will then lead to dental cavities forming at the entrance to the fissures on teeth. The tooth is most susceptible to plaque stagnation when it first erupts into the mouth because at this time the chewing surface is below the normal line compared to the other teeth and can be easily missed during tooth brushing. Therefore susceptible fissures where good oral hygiene is not established should be protected with a dental tooth sealant. END_OF_DOCUMENT_TOKEN_TO_BE_REPLACED

Treatment for tooth decay varies according to how severe the decay is.

Flossing is an essential part of your childâ€™s self-care routine. Flossing prevents the buildup of plaque on and between the teeth.

Plaque is a sticky yellow substance that forms on teeth after eating carbohydrates such as bread, milk, raisins, soft drinks, cakes and candy. If not removed by brushing and flossing, bacteria grows on the plaque, forming an acid that leads to tooth decay. Plaque can even get down past gums and destroy the root and damage the bone supporting the teeth. END_OF_DOCUMENT_TOKEN_TO_BE_REPLACED

The purpose of root canal treatment with baby teeth is to keep the teeth in function until exfoliation, or at least for as long as they are important forÂ occlusal development. Besides eating and speaking, many parents do not know that baby teeth (or primary teeth) also act as a guide for the underlying permanent teeth to erupt and at the same time they maintain the space on the arch so that the permanent teeth has enough room to grow when it is out. END_OF_DOCUMENT_TOKEN_TO_BE_REPLACED 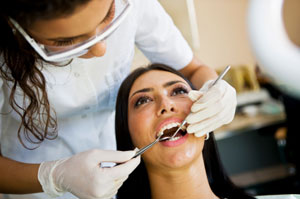 Our teeth are constantly being attacked by acid produced by plaque bacteria as well as by the acidic foods and drinks we consumed. Acids cause damage below the tooth surface, causing microscopic holes in the tooth. If the acid damage continues over a period of time, the tooth becomes so fragile that a hole or pitting becomes visible in the tooth. As the hole gets bigger, the tooth will need a filling. END_OF_DOCUMENT_TOKEN_TO_BE_REPLACED 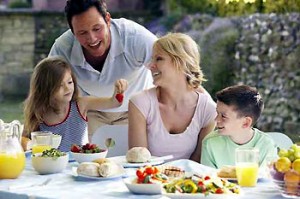 Some individuals, with a particular behavior, medical problem or relevant biological factor are of particular risk to cavities because of dietary factors.

Dietary education and guidance are important for the prevention and control of tooth decay. Since tooth decay is a multifactorial disease the relationship is not simple. It cannot be said that all in a particular group will have problems with cavities but should be taken note by dental professionals. END_OF_DOCUMENT_TOKEN_TO_BE_REPLACED 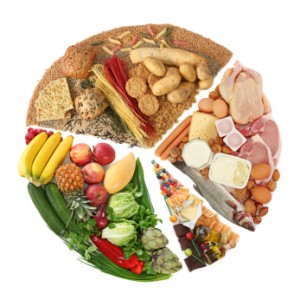 Diet, nutrition and oral health are closely linked. Nutrition is an essential for the growth, development, and maintenance of structures and tissues in the mouth. During periods of rapid cell growth, there can be an irreversible effect on the developing oral tissues if any nutrition deficiency is present. Prior to tooth eruption in the mouth, nutritional status can influence tooth enamel maturation and chemical composition as well as tooth shape and size. Early malnutrition increases a child’s risk to tooth decay in the baby teeth.Throughout life, nutritional deficiencies or toxicities can affect host resistance, healing, oral function, and oral-tissue integrity. END_OF_DOCUMENT_TOKEN_TO_BE_REPLACED 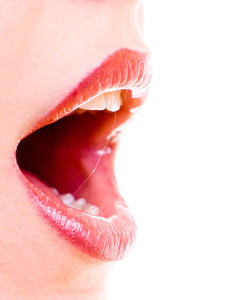 Saliva is a complex fluid found in the mouth consisting of a mixture of secretions from the major salivary glands and the minor glands of the tissues in the mouth. Majority of saliva is produced by the three pairs of major glands – the parotid, submandibular, and sublingual glands. The rest of it is produced by thousands of minor salivary glands distributed throughout the mouth and throat. END_OF_DOCUMENT_TOKEN_TO_BE_REPLACED 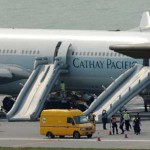 Most people are aware that the air gets thinner, providing less oxygen the higher you go. To help deal with this, commercial aircraft are pressurised to the equivalent of an altitude of 1500-2000m. This still results in a relatively small fall in oxygen saturation of the order of 3-5%, which may be significant for travellers whose oxygenation is already compromised by severe cardiac/respiratory disease. In practical terms, people with severe heart or lung disease who can walk 50m on level ground or ascend a flight of 12 domestic stairs are probably fit to fly. END_OF_DOCUMENT_TOKEN_TO_BE_REPLACED

Lifelong protection against tooth cavitiesresults from continuous use of low-concentration fluoride. When communal-water supplies are available, water fluoridation clearly represents the most effective, efficient, and economical of all known measures for the prevention of tooth decay. Unfortunately, fluoride in water is available to only about two-thirds of the population. Thus it is obvious that additional measures by the dental profession are needed to provide greater protection against cavities. END_OF_DOCUMENT_TOKEN_TO_BE_REPLACED