The Hall technique manipulates the plaqueâ€™s environment by sealing it into the tooth, separating it from the substrates it
would normally receive from the hostâ€™s diet. The plaque may continue to receive some nutrition from pulpal perfusion, but there is good evidence that if caries is effectively sealed from the oral environment, it does not progress.

That might apply for the early enamel lesion, but what about the soft dentinal lesion? 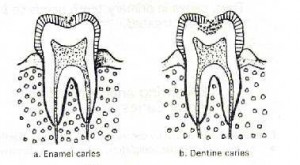 Most clinicians will be familiar with this clinical picture. Perhaps because the cavity has become self cleansing, or the childâ€™s diet has changed, the caries has arrested, with the colour changing to dark brown or black. It will be hard to the probe. What was once soft and active is now hard and there may even have been some remineralisation. The evidence that caries can arrest is visible to us on a daily basis, yet we continue to provide management therapies (conventional restorative treatment) based on its complete excision.

How does the pulp react to caries? 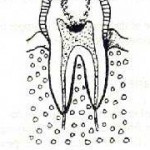 Caries involving the pulp (innermost layer of a tooth)

Just as it is becoming increasingly clear that dental caries is a dynamic process, it is also being recognised that the dentine/pulp complex is far from passive when exposed to dental caries. Instead, these tissues mount an active defence response from the earliest stages of carious lesion formation in the enamel. An increase in pulpal blood flow allows an increased response from the immune system, and odontoblasts are stimulated to lay down a layer of secondary dentine in an effort to distance the pulp from the approaching carious lesion, an effect readily observed, at a gross level, on radiographs.

It seems likely that the dentine/ pulp complex has a greater reparative potential when subject to
dental caries than has previously been thought. If the progress of the caries can be halted before the pulp is overwhelmed, then the pulp may well survive. 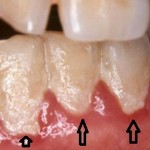 Not all plaque is cariogenic. Plaque which has matured in a sheltered environment to achieve cariogenic potential can lose that potential if its environment is altered. Effective sealing from the oral environment can cause the necessary alteration, resulting in plaque losing its cariogenic potential for as long as the seal is maintained, and allowing dentinal caries to arrest. The Hall technique is one method of achieving that seal for primary molar teeth.

Is the Hall technique effective?

To answer this question, a clinical trial set in 9 general dental practices in Tayside, Scotland looked at outcomes at two years for teeth where a Hall crown was fitted, compared to teeth which had undergone conventional restorative treatment. The trial was a split mouth randomised control design, so teeth were matched on each side of the arch for type of lesion and extent of caries. The dentists telephoned a distant operator to be told which tooth to provide a Hall crown and which to fit first, in order to reduce any bias in the trial. 132 children were enrolled in the trial and followed up every year clinically and with bitewing radiographs.

The outcomes for the 124 patients seen at 2 years (8 patients failed to return for 2 year appointments) are shown below.

And is the Hall technique acceptable to children, their parents and dentists?

In the same clinical trial, the children, their parents/ carers and dentists stated whether they preferred the Hall or conventional restoration when both procedures were completed.

Indications, and some important information 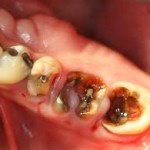 The Hall technique is can be used to manage primary molar teeth affected by dental caries.

Other management methods are available. As with every treatment decision, clinicians should use their own clinical judgement in deciding which method is appropriate for their patient and themselves, with consent being obtained from the patient, and parent, for that treatment. Although apparently very simple, the Hall technique requires a confident, skilled approach from the operator if the crown is to be successfully fitted. The technique will not suit every clinician, nor every child. In addition, there are some primary molars where, for a combination of reasons, even clinicians very familiar with the Hall technique cannot successfully fit a crown.

For example, should these lower Ds become carious, their unusual morphology would complicate the fitting of a PMC of standard shape.

Again, common to all clinical procedures, it is important that the clinician has a clear understanding of what to do to retrieve a situation which is not proceeding as planned, for example when a Hall crown is not seating properly onto a tooth or appears to be the wrong size or shape and will not fit correctly over the crown of the tooth.