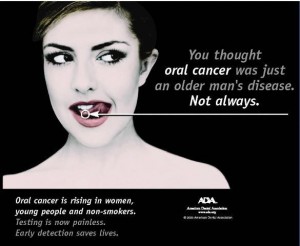 Oral cancer is the sixth most common cancer reported worldwide. Oral cancer affects twice as many men as in women. For every 100,000 people, 6.3 males and 3.2 females are likely to develop mouth cancer. However this difference is less than it has been in the past, partly due to changes in smoking habits.

What is oral cancer?

Oral cancer is basically an abnormal growth found in the mouth or the oropharynx (the part of the throat at the back of the mouth) region. Squamous cell carcinoma forms 90% of oral cancer. Other types of oral cancer include those arising from salivary glands, bone and other connective tissues and lymphoma. The survival rate of oral cancer is lower than that of cervical and breast cancer.

The incidence (occurrence) of cancer in mouth is higher than in developing countries as compared to developed countries and it varies across the region. Highest cancer of the mouth rates are reported in South Asian countries such as India and Sri Lanka. There appears to be an increasing incidence in younger patients and those who do not use tobacco. Currently 95% of oral cancer patients are more than 40 years of age. 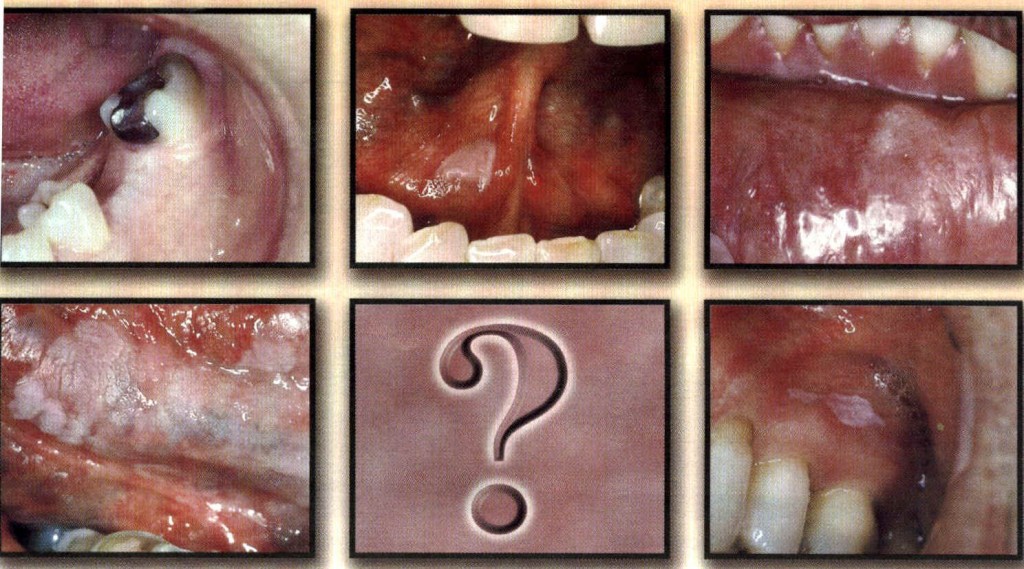 In the USA, oral cancer accounts for about 8% of all cancerous (malignant) growths. The National Cancer Institute estimates 40,250 new cases (oral cavity and pharynx) and 7,850 deaths (oral cavity and pharynx) from oral cancer in the United States in 2012. The death rate associated with this cancer is particularly high not due to the fact that it is hard to discover or diagnose, but due to cancer being routinely discovered late in its development. Oral cancer is preventable in 75% of cases.

How is oral cancer diagnosed?

Diagnosis of oral cancer depends on the individualâ€™s history and risk factors, clinical examination, investigations as well as biopsy to confirm the disease.

Where does oral cancer commonly occur?

Mouth cancer commonly occurs at the buccal mucosa (cheek), tongue, floor of the mouth, lip and gums. The floor of the mouth is the commonest single site, and when combined with lingual sulcus (the groove facing the inner surface of the lower teeth) and lower (ventral) surface of tongue, creates a horseshoe area (coffin area), accounting for over 75% of cancers seen in European or American practice.

What are the risk factors for oral cancer?

Many factors are involved in the cause (etiology) of oral cancer and these vary in different ethnic groups. However epidemiological studies have shown that tobacco and alcohol are the two most important and probably account for about 75% of mouth cancers in the Western world. Poor diet probably accounts for another 10 to 15%.

A wealth of epidemiological and experimental data implicates tobacco, however used, as an important factor in the cause of oral cancer. However, the relative risks associated with different methods of consumption are still unresolved and the relationship is complicated further by possible synergistic effects when tobacco is combined with other external factors, such as alcohol and paan chewing.

It is now accepted that there is a relationship between the smoking of tobacco and oral cancer regardless of the type of tobacco and method of consumption. Pipe and cigar smoking have been linked with cancer of the lip for many years and the evidence linking cigarette smoking with cancer of the mouth is now firmly established. The risk increases with the number of cigarettes smoked per day and with the duration of smoking. For example, individuals smoking 40 or more cigarettes per day have a relative risk of oral cancer 10 to 20 times greater than non-smoker. In subjects who stop smoking the relative risk falls to that of non-smokers after about 10 years.

The type of tobacco, curing methods and method of smoking may also influence the relative risk of oral cancer. For example in India, the habit of reverse smoking (with the burning end inside the mouth) is associated particularly with cancer of the palate, one of the rarest sites for oral cancer in other groups. Carcinogens in tobacco smoke may dissolve in saliva and collect in the gutter areas where saliva tends to pool, increasing risk of oral cancer developing in the floor of the mouth and lower (ventral) or side (lateral) surfaces of tongue and the soft palate. 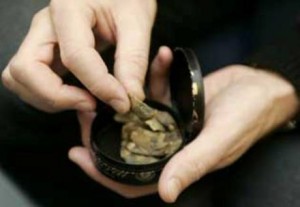 Snuff is powdered tobacco which, in addition to being inhaled, can also be placed in contact with the oral mucosa in the grooves of the cheeks and inner surfaces of the lips (snuff dipping). It is widely practiced in the south-eastern USA and in Sweden. It is also available in the USA in sachets for oral use and it has been suggested this is one of the factors that may have led to the increase in oral cancer in young people. However, the relative risk of oral cancer from the use of oral snuff is unclear.