A tooth consists of enamel, dentine, cementum and pulp. The pulp is a living tissue, inhabitated by nerve tissues, blood vessels and cells responsible for tooth formation and repair. Root canal therapy /treatmentÂ (endodontic therapy) involves removal of these structure which have been contaminated by bacteria and damaged permanently. The subsequent hollow space is cleaned, shaped and decontaminated using files and irrigants. The decontaminated space is then filled with inert filling material. After root canal therapy, the tooth will be ‘dead’ or non vital because it contains no living tissues.

When do you need root canal therapy? 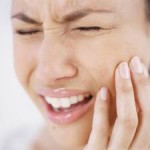 Dental decay reaching the pulp may be reversible if it is detected at the early stage and treated. If the condition prolongs. damage to the pulp may be irreversible and root canal therapy will be indicated. Usually patient will complain of sharp pain and sleepless nights. The dentist will take an x-ray to determine the depth of the decay.

2. Exposure of the pulp

While drilling the dental decay, the dentist may accidentally expose the pulp. Sometimes the patient will feel a little prick of pain when the exposure occurs. However, many times a patient is totally unaware of the event. Pulp exposure can lead to the degeneration of the nerve tissue. Your dentist may determine that in this Â situation it is best to go ahead and perform root canal treatment on the tooth now so to avoid possible problems and complications with the tooth later (such as a painful tooth abscess).

3. Persistent abscess on the gums

A tooth which is severely infected and left untreated may produce pus. Sometimes it produces abscess which drains into the gums, producing pimple like swelling which comes and goes. You may notice bad taste and breath in this condition.Â It is possible that the dentist will discover this type of lesion while performing a routine dental check up, even though the patient has no signs and symptoms.

The pulpal tissue of a tooth which has been traumatized ( such as in an accident) can deteriorate, thus leading to the need for root canal therapy. The outlook for the nerve’s health immediately after the trauma can be difficult to predict and vitality tests can produce false results. Sometimes traumatized tooth do quite well, even for many years. At some point it is possible for the pulp to degenerate and subsequently die, often without symptoms. A dead tooth will appear darkened in comparison to the adjacent tooth.

How is a root canal treatment performed?

First, the dentist will examine the tooth and run some vitality tests to check the extent of damage to the pulp and whether root canal treatment is indicated or not. Root canal treatment will require a few visits to complete, depending in the severity of infection and number of root canals. It is important for the dentist to fix suitable appointment dates with the patient.

2. An access cavity is prepared to remove the roof of the pulp chamber and obtain direct access to the root canals.Then, the dentist identifies the number of root canals present. Front tooth usually has one or two canals. The more posteriorly placed tooth may have up to three to four root canals. It is important to determine the exact location and number of root canals because any missed canals will harbour bacteria and cause persistence of infection which will lead to failure of treatment. The root canals are confirmed by taking an x-ray at this stage. The dentist will then determine the length of each canal using the x-ray.

Specific instruments known as endodontic files are used to clean and shape each root canal and decontaminate it. Irrigants such as sodium hypochlorite are also used as an adjunct to get rid of the remaining bacteria in the root canals. After cleaning and shaping, a dressing is placed on the tooth, which will neutralize the remaining infection within the canals and filled with temporary filling.

The temporary filling is removed and root canals are filled with inert material (eg gutta percha). The cavity is then permanently filled with composite, amalgam or Â  a crown is indicated.

The patient is monitored to ensure that he is free from pain and other signs and symptoms.

2 thoughts on “Root Canal Treatment- How is it performed?”