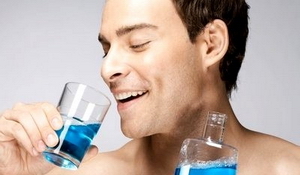 Your dentist may be advising you to use a mouthwash whenever you go for a dental visit but frankly is it necessary to use one?

Mouthwashes or mouth rinses have been around for ages and are most widely used by consumers. The traditional purpose for mouthwash has been to keep bad breath away but now there are therapeutic mouth rinses available that help reduce the amount of bacteria in the mouth.

Mouthwashes usually contain active agents, flavoring agents, astringents (to give your mouth an invigorating sensation), ethyl alcohol (as a solvent, taste enhancer and for after taste) and water. Some may also contain sodium (salt). Alcohol containing mouthwashes can be dangerous if ingested by small children and should be avoided for recovering alcoholics, dry mouth and drugs that reacts with alcohol. Many newer brands are alcohol-free so make sure you read the label before purchasing. Mouth rinses can be broadly divided into two types: cosmetic mouth rinses and therapeutic mouth rinses or a combination of both.

Cosmetic mouth rinses help reduce bacteria in the mouth, provide short-term control for halitosis and leave your mouth feeling fresh. They are generally used by people suffering from bad breath and dry mouth (xerostomia). Though many mouthwashes claim to stop oral malodor, the effects caused by the flavoring agents in the content will disappear after 3 to 5 hours. It is best to identify the actual cause for the bad breath and treat it. Dry mouth can be due to damage to the salivary glands, Sjogrenâ€™s syndrome or medications therefore artificial saliva is used to moisten the mouth.

Therapeutics mouthwashes are used to help reduce gum disease (gingivitis) and there are two categories required by the American Dental Association (ADA) to be effective against plaque and gum disease:

Chlorhexidine is a cationic compound that binds to the tooth surface, plaque bacteria and soft tissues of the mouth thus inhibiting bacteria colonization. The ability of the oral tissues to absorb chlorhexidine gluconate allows it to be slowly released in active form over 12 to 24 hours.

Despite its advantages, chlorhexidine gluconate mouthwash may cause some side effects that include: 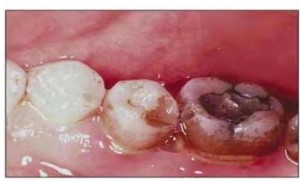 Chlorhexidine gluconate mouthwash is recommended to those who have:

Mouth rinses containing essential oils like ListerineÂ® are available over the counter and usually contain menthol, thymol, eucalyptol and methyl salicylate which are phenolic compounds. The mouthwash should be rinsed twice daily for 30 seconds with 0.7oz (20ml) of solution after brushing. Essential oil mouthwash has nearly similar properties with chlorhexidine gluconate mouthwash but without its side effects and is a cheaper alternative. However some may complain of bitter taste, possible staining and burning sensation on use. There have been concerns over its carcinogenic potential due to its high alcohol content but ADA has reported that there is insufficient evidence to link oral cancer and alcohol mouthwash. 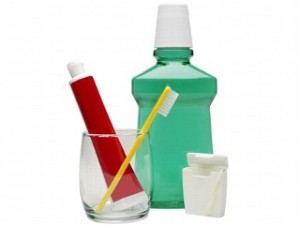 Mouthwashes serve as a popular and simple delivery method of active agents that rid the mouth of bacteria and to rinse food debris from the mouth. However that does not mean that usage of mouthwash eliminates the need for brushing and flossing as using a mouthwash only serves as a part of your daily oral cleansing regimen.

On a tight budget? No worries. Learn how to make your own mouthwash.