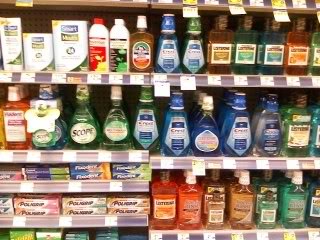 The term gum disease or periodontal disease includes both gingivitis and periodontitis. Gingivitis is the term used for the inflammation of gums. In gingivitis, the gum margins show signs of inflammation without gum recession or bone loss. Chronic gingivitis can be seen in most of the population and it is characterized by tender, swollen, red gums that bleed easily and may be responsible for bad breath in some cases. Gingivitis treatment includes the use of mouthwash but frankly, with the tremendous amount of mouthwashes available in the market, which is the best mouthwash for gingivitis?

There are two categories recognized by the American Dental Association (ADA) to be effective against plaque and gum disease:

The categories of mouthwashes above have been covered in a previous post.

So what about the other types of mouthwash? Below are the different main ingredients that you may find in mouthwashes available over-the-counter.

PlaxÂ® is a prebrushing mouthrinse containing sodium benzoate, other non toxic wetting agent and 7.5% alcohol. It is not meant for those on salt restricted diets. There is not enough evidence to support its use in any self-care program.

Several 0.634% stannous fluoride mouth rinses are available commercially for tooth decay prevention, such as Gel KamÂ®. Stannous fluoride has more antiplaque properties than sodium fluoride, an ingredient commonly found in toothpastes. However, prolonged use of stannous fluoride mouthwash can result in more staining of teeth than with a sodium fluoride control dentifrice. The potential application of this product is significantly limited due to its weak antiplaque and increased tooth staining. ADA has given their acceptance on these products is for activity against tooth decay and safety but they have not been accepted for reductions in plaque and gingivitis.

This antiplaque substance which is an alcohol extract from the root of the plant Sanguinaria Canadensis, is available as over-the-counter mouthwash and dentifrice products (ViadentÂ®). Sanguinarine is less effective than chlorhexidine but it can be retained for about 2 to 4 hours in the mouth and there are no side effects observed. Professional recommendations of these products for the reduction of plaque and gingivitis as part of a self-care program are not guaranteed due to inconsistent efficacy. 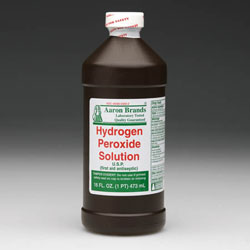 Oxygenating agents are substances, such as hydrogen peroxide, that release oxygen into the gum tissues to reduce inflammation. Several products are available on the market for example AmosanÂ® and Gly-OxideÂ®. Safety is an issue with hydrogen peroxide for chronic use can cause serious side effects including cancer risk, tissue damage, ulcers in the mouth, abnormal increase in number of cells and black hairy tongue syndrome. Short-term use is intended for oral wound cleansing. There is not enough evidence to support its use in any self-care program.

Chlorine dioxide is available as mouthwash and toothpaste formulation (OxyfreshÂ®, EnfreshÂ®) and these products claims are primarily cosmetic Â for example to eliminate bad breath. There is not enough evidence to support its use in any self-care program. 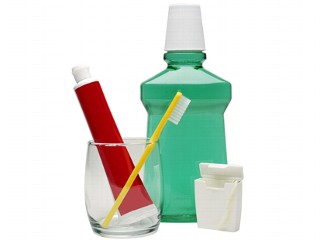 In conclusion, is there a best gingivitis mouthwash? It all comes down to the ingredients used so read the label before you purchase your mouthwash at your nearby stores. However do keep in mind that using a mouthwash alone will not eliminate gum disease.

Early gingivitis may be completely reversed by improving your oral care regimen, provided that there are no factors such as faulty fillings or calculus that can make plaque removal difficult. Later stages of gum disease may pose more complex problems, such as enlargement of the gums which may need surgical removal. The key factor in the management of all types of gum diseases is effective home care.

15 thoughts on “Which is the Best Mouthwash for Gingivitis?”