THE IDEAL RADIOGRAPH IS THE ONE WHICH SHOWS:

When any of the above conditions are not satisfied it may be termed as the faulty radiographs.

SHARPNESS
(Detail, Resolution, or Definition)
Refers to the capability of the x-ray film to reproduce the distinct outlines of an object, or smallest details of an object are reproduce on a dental radiograph.
Influencing factors:
Focal spot size
Film composition
Movement 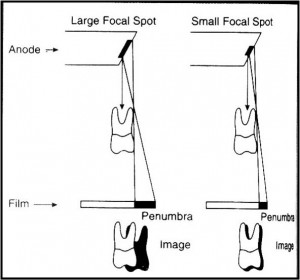 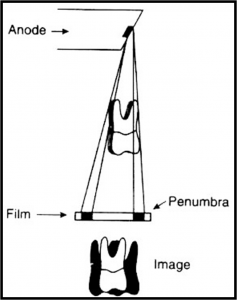 MAGNIFICATION
Image magnification refers to a radiographic image that appears larger than the actual size of the object it represents.
Results from the divergent paths of the x-ray beam.
Influencing factors
Target-film distance
Object film distance
DISTORTION:
Dimensional distortion of a radiographic image is a variation in the true size and shape of the object being radiographed.
Influencing factors:
Object film alignment
X-ray beam alignment 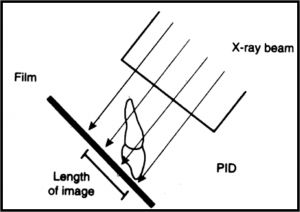 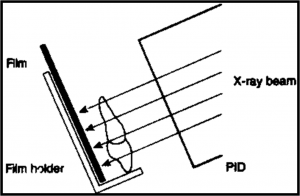 An artifact is a structure or appearance that is not normally present in the radiograph and is produced by artificial means.
Various other factors also affect this, ranging from:
Armamentarium
Operator
Patient
Exposure
Processing
Storage
Handling
Artifact errors
PROBLEM: NO IMAGE 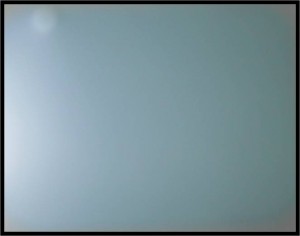 CAUSE: Film not exposed, failure to turn on x-ray machine,
electrical failure, or malfunction of the machine
ACTION: Check machine, ensure proper exposure of film,
Make sure that x-ray machine is on.
PROBLEM : LIGHT IMAGE 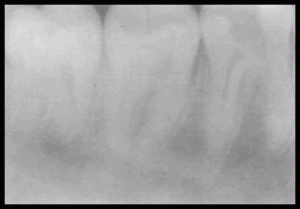 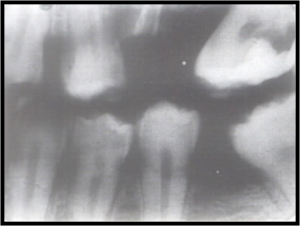 Cause: Faulty generator, too much exposure (mA, KVp, time), not enough distance, 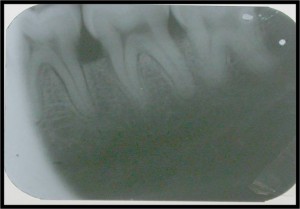 CAUSE: Failure to capture the entire crown of a tooth may be due to
improper film placement or beam alignment
ACTION: Correct film placement demonstrating the entire tooth,
including the apex and surrounding structures
PROBLEM: DROPPED FILM CORNER 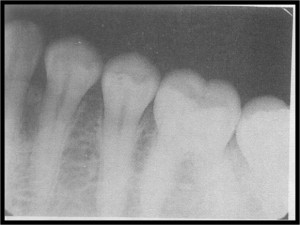 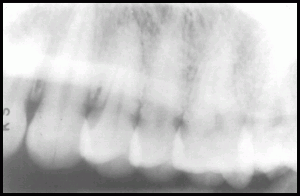 CAUSE: Due to inaccurate angulation
of the X-ray beam in a horizontal dimension
ACTION: Direct x-ray beam through the interproximal regions
PROBLEM: ELONGATED IMAGES 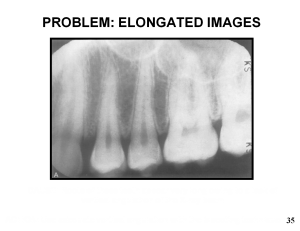 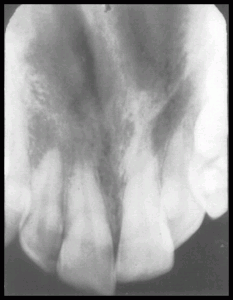 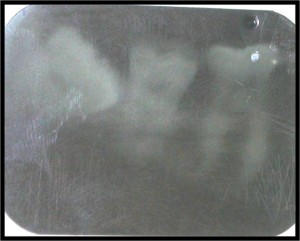 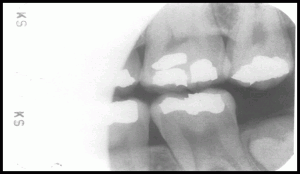 CAUSE:A partial image or cone cut is due to misalignment of the x-ray
beam over the entire film
ACTION: Make certain that the x-ray beam is centered over the film
and the entire film is covered by the diameter of the PID
PROBLEM: STRETCHED AND DISTORTED IMAGES 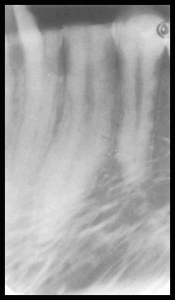 CAUSE: The disorted lower portion of this radiograph is due to the film bending
ACTION: Check film placement and ptâ€™s finger pressure, instruct the pt to
stabilize gently
PROBLEM: THIN BLACK LINE 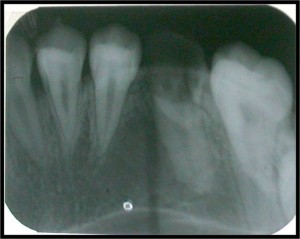 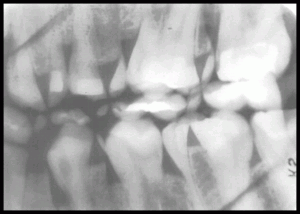 CAUSE: Double exposure, film movement during exposure
ACTION: Organize workspace and after each exposure place film in paper
cup to avoid exposed and unexposed films. 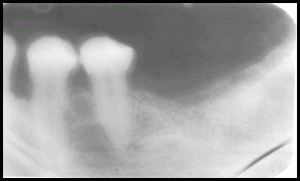 CAUSE: Movement on the part of the patient during exposure gives a
blurred image
.
ACTION: The patient should be monitored at all times during
radiographic procedure.