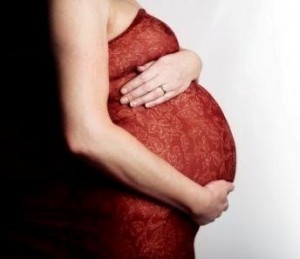 Pregnancy is a major event in any woman’s life and is associated with physiological changes affecting especially the endocrine, heart and blood systems and often attitude, mood or behavior. Therefore pregnant women should take extra care during this period to avoid any circumstances that could harm their fetuses, including certain dental treatments.

The female body undergoes many changes during pregnancy due to hormonal imbalances. Some of the medical complications of pregnancy can include:

Fetal development during the first 3 months (trimester) of pregnancy is a complex process of organogenesis and the fetus is then especially at risk from developmental defects. The most critical period is the 3rd to 8th week, during differentiation. Precautions from the time of the first missed menstruation should therefore be adequate. Most developmental defects are of unknown cause but in addition to hereditary influences, infections, alcohol, smoking and drugs can be implicated in some cases. All drugs should be avoided unless potential benefits outweigh potential risks.

Any woman of childbearing age is a potential candidate for pregnancy but may not be aware of pregnancy for 2 or more months, when the fetus is most vulnerable to damage. Serious fetal damage can be caused by alcohol; even a single exposure to high alcohol intake can cause significant fetal brain damage. More than 10% of children have been exposed to high levels of alcohol in the uterus and most suffer effects, ranging from mild learning disabilities to major physical, mental and intellectual impairment. Fetal alcohol syndrome is a term given to the spectrum of disorders that can result when a pregnant woman consumes alcohol.

Serious damage to the fetus or child can also be caused by smoking during or after pregnancy. Smoking raises the risk of stillbirth, diminishes the infant’s birth weight, and impairs the child’s subsequent mental and physical development. Smoking by either parent after the child’s birth increases the child’s risk of respiratory tract infection, severe asthma and sudden death.

Pregnancy is the ideal opportunity to begin a preventive dental education program and to advise on fluoride administration to the infant. Prenatal fluorides are not indicated as there is little benefit to the fetus. The teeth do not lose calcium as a result of fetal demands and there is no reason to expect cavities to be more active unless the mother develops a whimsical desire for sweets.

Amongst the changes of the mouth that occurs when a woman is pregnant include pregnancy-induced inflammation of the gums, pregnancy granuloma, tooth mobility, erosion of teeth and oral thrush.

Dental treatments to avoid when you are pregnant

Because of the risk of coincidental mishaps it is wise to try to avoid taking any drugs, possibly even local anesthetics, conscious sedation or general anesthesia. As much treatment as possible should be postponed until after giving birth in those with a history of abortions and those who have achieved pregnancy after years of failure. During the first trimester the only safe course of action is to protect the pregnant woman as far as possible from infections and to avoid the use of drugs, particularly general anesthesia and X-rays or radiography.