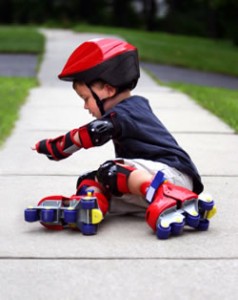 Sports injuries are a common thing especially among the young people. Contact or collision sports tend to inflict certain amount of injury to the body but this can be reduced with the use of protective equipments, such as a mouth guard.

Sports are an important morale ingredient for both student athletes and the student body. In many of the sports, the oral structures of these athletes are highly vulnerable to damage. The causative agents might be a hockey puck or a baseball speeding at 70 to 90 mph; a bone-crunching tackle or a thrown baseball bat; or an elbow following a spectacular basketball slam dunk. Yet, in a recent survey, results indicated that football was the only sport in which the majority of youth used mouthguards and headgear.

In each session of competition, athletes face a 10% chance of orofacial injury in sport (injury to the mouth and face), and a 33 to 56% possibility over a playing career. Protective equipment, rules, and regulations have been developed to reduce this toll. For instance, prototype leather football helmets with padding came into general use in the beginning of the 20th century, although were not required until 1939. By the 1950s, leather helmets had been replaced by a more protective hard plastic. Helmets protect the cranium and the ears, however, more than the lower face and mouth. 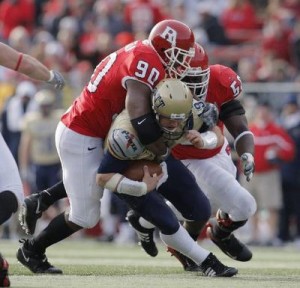 In 1960, the American Dental Association and the American Association of Physical Education issued a report that highlighted the fact that when high school players did not wear mouthguards 50% of all football injuries occurred in and around the mouth. The ADA House of Delegates soon passed a resolution urging that all athletes participating in contact sports wear intraoral mouthguards. This objective came to fruition in 1962, when several sports organizations mandated the use of football mouthguards. It is estimated that as a result, from 100,000 to 200,000 oral injuries to football players are prevented annually.

Football is not the only school sport for which orofacial protection is needed. At the amateur level, sports that now mandate the use of mouthguards during practice sessions and in games are boxing, football, ice hockey, lacrosse, and field hockey. It is interesting that the Academy of Sports Dentistry has listed 40 different sports, including soccer, bicycling, skate boarding, and basketball in which cranial or orofacial protection should be considered.

What is a mouthguard?

A mouthguard (also known as a mouthpiece, mouth protector, gumshield, gumguard or nightguard) is constructed of soft plastic that is placed between the upper and lower dentitions. These devices help to prevent violent contact between the lips, cheeks, and teeth, and between the upper and lower teeth. It reduces the possibility of fractured jaws as well as lessening the likelihood of neck injuries, concussion, cerebral hemorrhage, unconsciousness, serious central nerve damage, and death. Besides protecting the mouth from injuries in collision sports, mouthguards are also used as a treatment for bruxism or TMD (temporomandibular joint disorder) or as part of a dental procedure, such as Invisalign.

In football, for example, prior to a game, it is the responsibility of game officials to check with coaches to ensure that players are using required protective equipment. When sports mouthguards and other protective equipment are not worn, penalties are levied, ranging from a reduction in the number of time outs to 5-yard penalties. It is the quarterbacks who are least compliant. In the past decade, the thrust for protective equipment has been emphasized in an effort to reduce the possibility of bleeding injuries. In some states, any bleeding injuries are cause for officials to remove a player from the game due to the increased possibility of transmitting HIV.

There are several types of mouthguards available that include:

Â What will happen if a mouthguard is not worn? 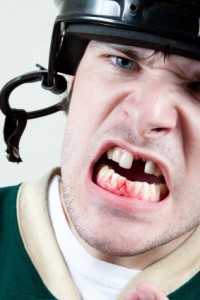 When a mouthguard is not worn or fails, one of the most frequent orofacial injuries requiring emergency treatment by the dentist is the avulsion (a forcible tearing) of teeth. The upper teeth are the most vulnerable. When avulsion occurs, a recovered tooth should be held by the crown to rinse and then gently replaced at the site of origin. If the tooth cannot be easily reinserted, it should not be allowed to dry. Milk is a good transport solution on the way for emergency treatment at a dental office. After replacement, a minimum 7- to 10-day splinting period is advised. All avulsed teeth with fully formed roots will eventually need root canal or endodontic treatment.