Inflammed gums is also known to the dentists as gingivitis. It is a common problem, but not negligible as it can worsen. Therefore, it must be treated as promptly as possible. When there is inflammed gums, there can be bleeding from the gums either spontaneously or after a mild provokation, like after brushing the teeth. There can also be bad breath and redness of the gums, and the gums can also appear swollen.Â Â

However, sometimes we might not be able t make it to the dentist in the near future to treat the inflammed gums. Therefore, I am here to recommend some home remedies that will help to ease the symptoms. The simplest way to reduce inflammation is to swish warm salt water in the mouth for approximately 1 minute, 3 times per day. This method can also be used if there has been a tooth extracted recently, and the gums are feeling sore. However, in this case, swishing has to be done gently to prevent the blood clot from dislodging.

Inflammed gums are usually caused by calculus, plaque (as seen in picture 1) and food debri that are not cleaned away. Either the brushing is not efficient, or those harmful substances are in the hard to clean areas, such as in between the teeth. If there is only a small area of gums being inflammed, look into the mirror and try to see whether there is anything stuck between the teeth. If there is, try to remove it using a floss or a toothpick. Also, pay more attention in that area during brushing. Correct brushing techniques should be adopted to ensure throughly clean teeth. These brushing techniques can be learned from the dental hygienist or the dentist.

Omega 3 is also well known to reduce inflammation, not only in the mouth, but also throughout the body. Therefore, people with osteoarthritis can also benefit from this diet. The best source of omega 3 is fish, especially salmon, herring, tuna, sardines and anchovies. They can also be found in cruciferous vegetables, such as cauliflower, broccoli and Brussels sprouts. However, it is important to know that the results can not be seen in merely just a day or two. This diet has to be consistent and taken in reasonable amounts for two to three weeks for changes to show. A normal human body requires 1-3 grams per day of Omega 3. But as Omega 3 is very good for a personâ€™s health, it will also be very benefiting for the long run, so there is no harm in incoporating it into the daily diet.

Another indian herb that is useful for relieveing the inflammed gums is the bark of the babul tree. It is boiled in water and the water is then used to swish around the mouth after it has colled. The babul tree is actually a very well known tree in India, and it has many other uses other than relieving inflammed gums. It is able to survive with a small amount of water, and is often used as food sources for the goats and cows when other plants are not able to survive. 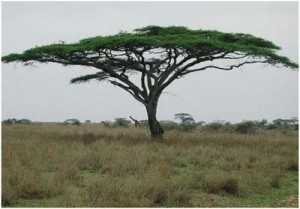 All in all, these home remedies mentioned above will only be able to relieve the symptoms, however, they will not be able to get rid of the real cause of inflammed gums. Thus, it is important that it is treated by a dentist as soon as possible as inflammed gums are caused by a few factors, and relieve of the symptoms does not means it is already completely cured. Most importantly, visits to the dentist should be done regularly, and tooth bruhing has to be carried out effectively at least twice a day.