Pyria of the gums means bleeding of the gums, which does not occur in healthy gums. Bleeding of the gums can happen spontaneously, or after slight provokation, like after brushing the teeth. This usually occurs when there is inflammation of the gums, as the blood vessels beneath the gums will dilate and can rupture more easily. This is a serious indication that there is something wrong with your teeth, and should be seen by the dentist as soon as possible.

To decrease the bleeding, a few home cure methods can be used. But always remember that this is no substitution to getting treated properly by the dentist. First of all, the oral hygiene must be improved for the home remedies to be more effective. There is no point of stopping the bleeding if the oral hygiene is still very poor, as the bleeding will occur again and again. Proper brushing techniques must be adopted, and brushing must be carried out at least twice a day, once in the morning after you wake up, and once in the night before you go to bed. It is more important to brush before you go to bed as it cleans off all the food substance that has been consumed throughout the day. Plus, saliva secretion is less when we sleep. Because saliva has a protective action over our gums and teeth, decreased saliva secretion will increase the risk of gum inflammation and other mouth diseases as well. 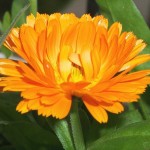 The second method to decrease the overall inflammation of the gums is to rinse warm salt water for 1 minute. This can be carried out three times a day until the inflammation gets better. Other rinses that can be used are chamomile, peppermint oil, calendula, tea tree oil, and menthol. Chamomile not only has anti-inflammatory effect (because of its active ingredients that are made up of terpenoids, flavonoids and coumarins) , it can also work as an analgesic, therefore reducing the soreness in the gums. 8g of dried flower heads are mixed with 1 liter of water, or mouthwashes and toothpastes containing chamomile can be used.

Peppermint contains omega 3, which helps in reducing inflammation of the gums, and also is antiseptic. That is why peppermint is often added into the toothpaste, and is also helps to eliminate bad breath. Calendula is high in natural iodine, which contributes to its antiseptic properties. That is why other than using it as a mouthwash, it can also be used to fight ear infections, sooth inflamed skin or a diaper rash and prevent wrinkles formation by stimulating the growth of collagen. 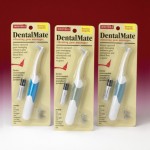 can also decrease the inflammation, leading to decreased bleeding. By using the fingers, gently rub the gums as long as 2 â€“ 3 minutes every day. It will be tender at first, but improvements can be seen after a couple of weeks. A gum stimulator or an oral irrigation unit can also be used.

One of the causes of bleeding gums is scurvy (as seen in picture 1), which is a disease that occurs when the body is lacking of vitamin C. A normal adult (and children over the age of three) needs at least 3 grams of vitamin C daily. To achieve this, citrus fruits or vitamin C supplements can be taken. Other sources of vitamin C includes blackcurrant, green pepper, broccoli, papaya, and indian gooseberry. Vitamin C is needed for cross linking of the collagen, which strengthens the blood vessel walls. Thus, without adequate vitamin C, the blood vessels tend to rupture easily.

Other than knowing what to do, you also have to know what NOT to do. Smoking, or other tobacco involving activities e.g. chewing tobacco, has to stop. Alcohol also have to be reduced as it dries out the mouth and prevents the tissues in the mouth being protected by saliva. Once again, I have to stress once again the importance of a clean mouth. With all these methods as told above, without a clean mouth, bleeding will start once again and other underlying symptoms will continue to progress. Always get a dentistâ€™s opinion as there are many causes contributing to bleeding gums and remember to maintain a healthy lifestyle.