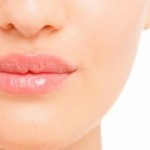 Before we start discussing about lip care for habitual smokers let us first have look at what smoking does to your mouth and lips. Smoking is not only bad for your health, it spoils your facial beauty too by causing lip darkening, dry skin and it also sometimes cause what is commonly known as smokerâ€™s lips. Smokerâ€™s lip refers to those fine lines around the mouth. These lines, even though are not always due to smoking, the latter is responsible to a great extent for those drawstring like lines around the mouth. It gives your mouth a puckered look and makes you look much older. Now let us see what other damage smoking does to our health and looks. END_OF_DOCUMENT_TOKEN_TO_BE_REPLACED

Inflammed gums is also known to the dentists as gingivitis. It is a common problem, but not negligible as it can worsen. Therefore, it must be treated as promptly as possible. When there is inflammed gums, there can be bleeding from the gums either spontaneously or after a mild provokation, like after brushing the teeth. There can also be bad breath and redness of the gums, and the gums can also appear swollen.Â Â  END_OF_DOCUMENT_TOKEN_TO_BE_REPLACED