The very first toothbrush was introduced around 3500BC. These toothbrushes are in the form of â€œchewing sticksâ€. These sticks are taken from trees such as Garcinia kola and Govania lupiloides.The ends of a stick are chewed on until the fibres of the wood have frayed and take the form of a brush, which can then be used to clean teeth. This type of toothbrush was used by the Egyptians and Babylonians, and was probably the ancestors of the Miswak toothbrushes which are used the same way as chewing sticks. The difference is that they are made from the branches of the Salvadora persica tree, which have healing and antiseptic qualities. Miswak is still used today and even considered to be superior to modern tooth brushes by some. It is especially popular amongst Muslim communities. 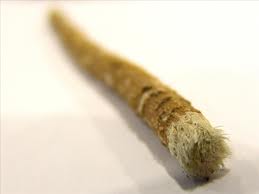 Ancient Greek and Roman literature also discusses primitive toothpicks that were chewed on to help clean the teeth and mouth. Ancient Roman aristocrats employed special slaves to clean their teeth. Brushing the teeth was part of some ancient religious observances.

Other forms of early toothbrushes were strips of linen (used by ancient Greeks), bird feathers, animal bones, and porcupine quills but none were as effective as another early ancestor of the modern toothbrush, boar bristles on a bamboo stick.

The first bristled toothbrush was believed to be invented by the Chinese in the 1400s. The handle of the toothbrush was crafted from bamboo or animal bones, while the bristles were made of the tough hair from the back of the neck of the Siberian wild boar, a cold-climate animal. Originally the use of toothbrushes was not popular among the people. It was used mainly by the emperor to clean his teeth. In the Southern Song Dynasty (1127-1279), toothbrushes were popular among the masses.

Introduction of toothbrushes into Europe

Meanwhile, Europeans were still using the ancient Greek way of brushing their teeth; they were dipping linen cloth or sponges dipped in sulfur oils and salt solutions and rubbing away all the tooth grime. In 1780, William Addis of Clerkenald, England, introduced the Chinese way of brushing to England. He became the first person to mass produce modern toothbrushes. His toothbrush consisted of cow tail hair drilled and tied on to cow bones. Later versions of the European toothbrushes used horse hair instead of boar hair because it was softer.

By the early 1800s the bristled brushes were in general use in Europe and Japan. In 1857, H. N. Wadsworth was credited as the first American to receive a toothbrush patent as America entered the growing toothbrush market. In 1844, the first toothbrush was manufactured by hand and patented as a 3-row brush of serrated bristles with larger tufts by Dr. Meyer L. Rhein. In 1885, the Florence Manufacturing Company of Massachusetts, in association with Dr.Rhein, began producing the Pro-phy-lac-tic brush for mass marketing in the United States.

In 1938 nylon bristles were used instead of animal hair. DuPont de Nemours was the first company to introduce the first toothbrushes with nylon bristles. These were much more comfortable than boar hair. The first such toothbrush was called Dr. Westâ€™s Miracle-Tuft Toothbrush.

Teeth brushing in the United States

The regular brushing of teeth only became popular in the United States after US soldiers returned home after World War II and brought with them their strict habits of brushing their teeth. Gradually, the people were influenced by the actions of these US soldiers and brushing teeth finally became a daily routine. 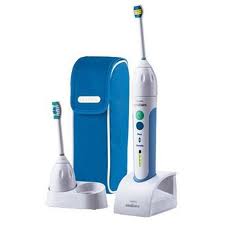 Dr. Scott’s “Electric Toothbrush” was marketed in 1880. Its manufacturer claimed the brush was “permanently charged with electro-magnetic current.” The first real electric toothbrush was developed in Switzerland after World War II (1939-1945). This model was introduced to the United States market in 1960 by the Squibb company under the name Broxodent. Electric toothbrushes help the people clean their teeth with greater efficiency and effectiveness. General Electric followed in 1961 with its rechargeable cordless model. Although it seemed an odd idea to many people at the time, the electric toothbrush was an immediate success. Interplak was introduced in 1987 as the first rotary action electrical toothbrush for home use.