The tonsils play a small role in fighting infections in our body but they can be a source of infection and obstruction for both adults and children, and are responsible for a significant number of childhood diseases. An infection of the tonsils is called tonsillitis and it is mostly seen in children and young adults. Serious infection of the tonsils can cause some problems and tonsillectomy may be needed to rectify them.

When do we need tonsillectomy? 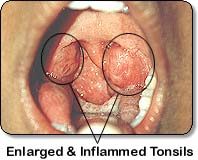 What should we expect after a tonsillectomy?

Tonsillectomy has a postoperative course with significant morbidity and potential complications. After surgery, some individuals usually have considerable odynophagia (severe pain in swallowing), a change of diet and decreased activity. The tonsillectomy recovery time for children is usually 4 days to a week while adults may have symptoms for up to 2 weeks.

Most individuals have a significant amount of pain after tonsillectomy, with adults having more prolonged pain. Lozenges with local numbing action, pain medications or anti-inflammatory drugs will be prescribed to ease the pain but it will eventually resolve 5 to 12 days after surgery. Many children will complain of ear aches (otalgia) after tonsillectomy but take note that the pain coming from throat and not the ears.

Why is there bad breath after tonsillectomy? 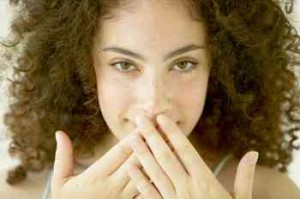 Most area of the tonsils after the surgery are covered with white exudates, fluid that is usually full of bacteria and germs, for up to 12 days. As sometimes the fluid could not be drained away completely, it could lead to bad breath after a tonsillectomy.

Gargling with salt water, or alcohol-free mouthwash, on a regular basis can help rinse away these fluids and to keep you hydrated.Â  Weak hydrogen peroxide gargles may be prescribed by your doctor to help remove any dead tissues that can accumulate bacteria.

Another reason as to why you have bad breath after a tonsillectomy is the change of diet.Â Soft dairy products such as yogurt and cheese are usually taken but the breakdown of these food particles in your teeth and the digestion of food with volatile oils can cause foul odor.

The bad breath should revert back to normal after the tonsils area has healed and when you start having your normal diet again.

When to see a doctor after tonsillectomy?

1 thought on “Why is there Bad Breath after Tonsillectomy?”