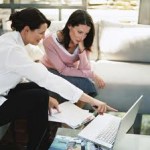 A detailed record should be kept of the decision process for assessing the best interests of that person for each relevant decision. The record should set out:

Before taking action, the dentist must take reasonable steps to establish whether the patient lacks capacity in relation to the matter in question and reasonably believe that:

Section 5 does not provide a defence in cases of negligence. 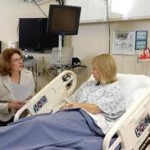 Dentists also should be aware that section 5 does not authorise a person to carry out an act, which conflicts with a decision made by a donee of a lasting power of attorney or a deputy appointed by the court.

A patient’s relative may explain that they have a power of attorney. Prior to the Mental Capacity Act 2005 coming into force, enduring powers of attorney could be created. An enduring power of attorney (EPA) enables a named person to make decisions on their behalf in respect of property and financial affairs. A LPA, if so directed can also make decisions about an individual’s personal welfare, which includes decisions in respect of treatment, when the individual lacks capacity.

If a dentist is advised by a relative or other individual that they have a power of attorney it will be necessary to ascertain whether this in an EPA created prior to 30 September 2007 or a LPA. If it is a LPA this may enable the individual to make decisions about the patient’s healthcare, if the patient lacks capacity.

A person must have capacity at the time the LPA is executed and be over 18. Before the LPA can be used it must be registered with Office of the Public Guardian.

For a decision to be made under the LPA about the patient’s personal welfare the patient must lack capacity or the donee must reasonably believe that the patient lacks capacity. 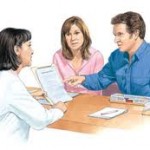 Where the LPA authorises the donee to make decisions about the patient’s personal welfare, the authority extends to giving or refusing consent to the carrying out or continuation of a treatment by a person providing healthcare for the patient. The authority under a LPA may also be subject to an advance decision.

The Act provides for a system of court appointed deputies. Deputies will be appointed to take decisions on healthcare but will only be appointed when the Court cannot make a one-off decision to resolve the issue.

Each case needs to be assessed carefully on its merits. If in doubt, defer treatment and seek advice either from colleagues, or from one of the dento-legal advisers at Dental Protection.

Information given to a patient

There are differing views held throughout the English speaking world on what constitutes the answer to the question “What does the patient need to know?” In England and Wales, the best known interpretation of English law on the subject is to be found in the case of Sidaway. In this case, five Law Lords had to decide whether or not Mrs Sidaway had the prognosis and the sequelae of a difficult operation on her back properly explained to her prior to the operation. She had suffered permanent nerve damage as a result of the operation.

The attitude of the law to a doctor or dentist’s duty is measured in courts in England and Wales by the application of what is known as “The Bolam Test”.

This is a standard that arose from a speech given by McNair J in Bolam v Friern Barnet Hospital Management Committee9, which was a major landmark in defining the duty of care that a doctor owed to a patient. McNair J stated,

“The test (whether there has been negligence) is the standard of the ordinary skilled man exercising and professing to have that special skill.”

The best summary of this case came from Lord Diplock who felt that the “Bolam Test” was,

“Applicable to every aspect of the duty of care owed by the doctor to his patient, in the exercise of his healing functions, as respects that patient.”

The case of Sidaway showed that the degree of probability of a risk arising, and the seriousness of possible injury are two important facts that a patient needs to know before being able to consent to treatment. Not only does a dentist have a duty to explain relevant facts to the patient, but the language used should assist the patient to understand, and any additional points raised by the patient should also be properly addressed.

How much advice should be given and how consent should be recorded will depend upon the merits of the individual case. When a patient sits in the dental chair, it can be assumed that implied consent to a non-invasive examination only has been given. Any invasive technique that might include periodontal probing, radiographs, blood tests and diagnostic cavities would require further consent from the patient and it is dangerous to rely upon the assumption of “implied consent” to these further procedures.

Consent would normally be obtained verbally after explaining the need for the investigation and any possible sequelae.

Once the investigations are complete, the patient is entitled to advice on diagnosis and treatment planning. Where a number of alternative treatment plans are available, the choice should be explained, together with the merits and disadvantages of each plan. If a preference for one particular plan is offered, it is helpful to the patient in making a choice, if the reason for the preference is given. 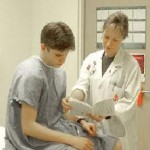 Patients cannot properly consider treatment options if they are not given information on sequelae and prognosis, if either of these is pertinent. For example, where the extraction of a third molar tooth is to be undertaken a possible sequel (eg. a risk of one in ten of transient lingual paraesthesia) occurring, would certainly merit a warning to the patient. Patients have a right to know if their lifestyles may be compromised by a side effect of treatment. When the incidence of a possible complication is very slight, it is often considered to be in the best interests of the patient not to warn and thus risk frightening the patient, but the significance of the above possibility is very real to a professional singer, for example and a failure to elicit any relevant information about a patient and to warn them accordingly could be legally disastrous.

However, there is no doubt that the situation is changing, and that the Bolam test is now considered in some quarters a rather too paternalistic, from a “doctor (dentist) knows best” perspective.