An individualâ€™s capacity must be assessed specifically in terms of their capacity to make a particular decision at the time it needs to be made.

This means that a person may lack capacity to make a decision about one issue but not about others. Care must be taken not to judge an individualâ€™s capacity merely by reference to their age, appearance or medical condition.

Supporting the person to make the decision for themselves 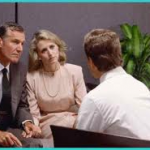 It is important to take all possible steps to try to help people make a decision for themselves before deciding that someone lacks capacity to make a particular decision.

In supporting someone to make the decision themselves it is important to provide all necessary relevant information. The Code of Practice specifically sets out that in relation to medical treatment the doctor must explain the purpose and effect of the course of treatment and the likely consequences of accepting or refusing treatment. The Code of Practice sets out guidance on supporting a person to make the decision themselves.

Any practitioner assessing someoneâ€™s capacity to make a decision for themselves for the purposes of the Act should use the two-stage test of capacity.

Assessing the ability to make the decision

A person is unable to make a decision for himself if s/he is unable:

The person must be able to hold the information in their mind long enough to use it to make an effective decision. However, people who can only retain information for a short while must not automatically be assumed to lack the capacity to decide.

In any proceedings under the Act any question as to whether a person lacks capacity must be decided on the balance of probabilities.

A person trying to work out the best interests of a person who lacks capacity to make a particular decision should:

Do whatever is possible to permit and encourage the person to take part, or to improve their ability to take part, in making the decision. 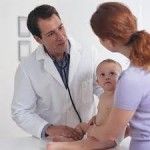