According to the 1990 US Census Bureau, 31.8 million residents, or 14% of the population 5 years old and older, reported speaking a language other than English at home. The most common non-English language spoken at home was Spanish (17.3 million) followed by French (1.9 million), German (1.5 million), Chinese (1.3 million), and Italian (1.3 million). Seven statesâ€”New Mexico, California, Texas, Hawaii, New York, Arizona, and New Jerseyâ€” reported that 20% or more of their residents did not speak English at home.

Clear communication between the dentist and patient is an obvious requisite for effective health care delivery, but how is this best accomplished when English is not the common language? While it may seem that the most logical solution would be to use interpreters whenever possible, many dental hospitals and clinics do not employ professional interpreters. Also, existing interpreters may be underused if dentist and nurses overestimate their own language skills or those of the patient. Some dentists may simply be uncomfortable with the potential for information distortion that can occur through an interpreter.

Use ad hoc interpreters such as family members, friends, or dental hospital employees

Another common approach to communicating with patients who do not speak English is to use ad hoc interpreters such as family members, friends, or dental hospital employees. While this may be convenient, the interpretations may not always be accurate. One study3 showed that between 23% to 52% of words and phrases were incorrectly translated by ad hoc interpreters. A drawback to letting family members interpret is that one sacrifices patient confidentiality. Cultural mores may lead nonâ€“English-speaking patients to withhold more information than one might otherwise expect. Friends and family often are not prepared to deal with the complexity required by an interpretation of dental information.

Perhaps the ideal solution to establishing clear channels of communication between dentists and patients would be to recruit multilingual medical personnel in hospitals serving large nonâ€“English-speaking populations. The multilingual dentist can immediately evaluate a nonâ€“English speaking patient without having to seek out and wait for an appropriate interpreter to arrive, and the fear of mistranslation or shades of meaning being misinterpreted would be removed. Studies have shown that language concordance also leads to increased patient adherence. 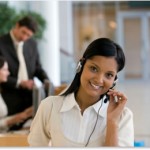 Keep in mind that traditional modes of communication, which may be the most readily available, are not the only option. Patient education audiotapes exist in various languages. Also, AT&T has a toll-free Language Line Service, that will connect you with an interpreter in the language of your choice (with up to 140 different languages) 24 hours a day, 7 days a week. Lastly, there has been some movement toward the use of â€œremote-simultaneous interpretation,â€ which uses cellular phone technology to link trained interpreters to the people who need them most.

Encounters with nonâ€“English-speaking patients are common, especially in metropolitan areas with large immigrant populations. With increased recognition of the difficulties posed by multilingualism as well as the growing number of solutions, we can hope that the treatment of nonâ€“ English-speaking patients will become less problematic as we enter the 21st century.

Strategies for Communicating With Nonâ€“English-Speaking Patients