Many people have the misconception that primary teeth are not as important as permanent teeth, as the former will eventually be replaced by the latter. This is not true, as primary teeth serve many different functions, some of which contribute to the health and aesthetics of the permanent dentition. For example, they play an important role in chewing food and maintaining space for the eruption of the permanent teeth. Also, like adults, children will feel better about themselves if they have a nice smile, which leads to the development of a social well-being as they grow up.
Caries spread faster in primary teeth because they have thinner enamel, hence it is important that dentition is well-attended to from a  young age. Here are some tips that you may find useful in caring for your child’s dentition:

For various reasons, the most common of which is dental phobia, most people will not visit a dentist until problems such as pain and swelling arise. When such a problem occurs, a dental visit will more often than not be associated with an unpleasant experience, which further exacerbates one’s dislike of a dental appointment. However, if you frequently bring your child to visit a dentist from a young age (about 2-3 times per year), your child will be less afraid of dentists; some may even look forward to a dentist’ visit. In addition to that, it enables the dentists to detect any early caries, other abnormalities or lack of space between teeth which may lead to orthodontic problems in the future. Early intervention will subsequently reduce complicated treatment in the future.

Fluoride can prevent caries by changing the structure (making enamel crystals larger and stronger) and form (causes teeth to have shallower, easily-cleansable grooves) of teeth. Parents should supervise their children to brush their teeth at least twice a day using fluoridated toothpaste. Only a pea-sized amount is needed per brushing, as excess fluoride may lead to fluorosis, a condition that compromises the appearance and strength of the dentition. Also, ensure that your child does not swallow any toothpaste.

Children are advised to reduce sugary food, like sweets, chocolate and carbonated drinks. Sticky foods are particularly hazardous to the teeth as they encourage further accumulation of food particles around teeth, leading to more plaque formation. If your child milk uses feeding bottles, do not let them suck on it overnight, as the long-term exposure of the teeth to milk (which contains the sugar lactose) will lead to a condition called “nursing-bottle caries”, whereby
almost the entire dentition undergoes caries destruction. Alternatively, you may dilute the milk with water gradually and eventually use only water in the bottle.

A healthy diet is essential to a child’s growth and development. Parents should also be aware of certain food that will cause stains in children’s teeth. Of particular importance is the antibiotic tetracycline, which causes brown stains in developing teeth. 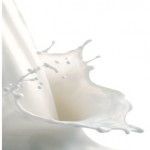 Milk is a rich source of calcium, which plays a big role in the development of bone and teeth. Other sources of calcium are calcium tablets, dairy products, and canned sardine bones.

Habits such as lip/nail-biting, thumb-sucking and teeth-grinding can lead to serious orthodontic problems as the child grows. If your child has such a habit, it is crucial that you attempt to stop them. You can bring them to a dentist who can fabricate habit-stopping appliances or apply other methods of preventing orthodontic problems. This is another example of early intervention and prevention.

11-30% of children suffer trauma to primary dentition, which represents about 20% of all injuries in preschool children. 22% suffer trauma to permanent dentition by age 14 years. The peak incident for trauma is at 2-4 years old, then again at 8-10 years. Upper anterior teeth are most commonly involved. If a tooth is completely dislodged, you can salvage it by cleaning the tooth gently under running water, without touching the root, and replacing it in the child’s empty socket and asking the child to bite gently on a handkerchief. Then, immediately bring the child to a dentist for further management. If the child is uncooperative, you can bring the tooth in a transport medium such as milk or saline. The sooner you get your child to a dentist, the better the chances that the tooth can be maintained in the dentition.