There are several ways of replacing a missing tooth. The most common ways (if only one tooth is missing), are by bridges or implants. If a few teeth are missing, dentures, bridges, or implants can be used.  Implants are screws that are planted into the gums, with a tooth like cap sitting on the screw, so that implants look exactly (depending on the refinement of the work) like a real tooth.

No doubt, implant is a lengthy and expansive procedure. However, there are many advantages of replacing a missing tooth using implants. The very first reason is that, it can prevent tooth drifting. When humans lost a tooth, the tooth beside the empty space will start moving if the lost tooth is not replaced as soon as possible. This will cause the empty space to become smaller, and in some cases, gaps will start appearing between the other remaining teeth. Sometimes, the teeth on the opposite arch will also grow into the empty space. When this happens, it is known as ‘supraeruption’. 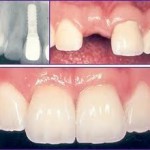 Picture 2: The end result looks exactly like a real tooth, without any clasp visible

Implants are also not prone to tooth decay, unlike our natural teeth. Hence, they have a longer lifespan, longer than bridges and dentures. Depending on the maintenance of the implant, it may last from 15 years to a lifetime. Implants also have a very high success rate, with the average being more than 90%, it is therefore, a very good investment. And as stated above, as implants look a lot like real tooth (picture 2) , it can boost the patient’s confidence, as well as reduce bone resorption. A successful implant will have less than 0.01mm bone resorption every year after the placement. This feature is not offered neither in dentures, nor bridges. In fact, implants can act as a support for dentures or bridges.

Implants also transmit heat and cold exactly like our normal teeth. This is a great advantage as it provides a better sensation during eating, especially in Asians, who likes to eat spicy and hot food. It is also harder and stronger than dentures and bridges, allowing the patient to chew the food better.

Dentures are many, many times cheaper than implants. However, implants do not rely on external factors for retention and stability, unlike dentures, which need clasps and other features. This gives implants an edge over the dentures, as the clasp of the denture might be seen when the patient smiles or talks. It is more aesthetically pleasing (picture 2), as well as more comfortable. Many denture wearers also have to take some time to adapt to their dentures, but as implants mimic the original tooth, the patient would have no trouble in their speech, or feel uncomfortable, after the placing of implants.

Poorly made dentures will also cause gum irritation or ulcer formations, but this will not happen after the placement of implants. Other than that, poorly fitting dentures will be loose, and cause discomfort while eating. They also have to be worn with the help of denture adhesives, which actually is not a permanent solution for poorly fitting dentures. Dentures also have to be taken out every night and be soaked inside the water for hygienic purpose, and are cleaned regularly. All these problems can be avoided with the use of implants, and unlike dentures, implants have no risk of falling and breaking.

For the placement of a bridge, the tooth at the either end of the empty space (also known as abutment tooth) has to be cut down slightly. In implants, it does not interfere with the abutment tooth, which is good because it is a waste to cut away healthy, normal tooth. Bridges are also connected together, making it impossible for the patient to floss and clean their teeth thoroughly. Implants allow the patient to floss between it, keeping it clean easily, and decreasing the chances of getting food stucked in between. As bridge is glued to the abutment tooth using luting cement, it has a chance of getting loose, and being swallowed by the patient. Implants are firmly fixed to the jaws, and will not be dislodged.

There is no denying that implants have a down side to them too, such as being expansive, being at risk for infection, and there are chances that the patient might have swelling after the surgery. However, with the rapidly developing dental technology, these problems are being look into, and are gradually being overcome. Today, dental implants are showing bright and promising results, and is considered as a whole, a safe and wise choice of treatment to replace missing tooth.

4 thoughts on “The Advantages of Dental Implants”