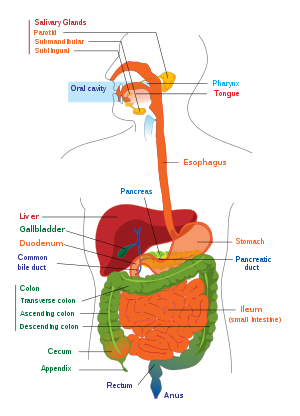 Relationship of the mouth to the body

What are the common body changes that affect our oral health?

Hormonal changes in the body can often be a source of drastic oral health changes despite patients having fairly good oral hygiene. A hormone imbalance in the body, such which occurs during pregnancy or puberty spurt, can modify behaviors of cells in our body, in particular our immune system.

Pregnancy brings about enormous changes in the body as it affects multiple working systems and organs of the body. Physiological changes are most prominent where estrogen levels is increased up to ten times and progesterone levels can be elevated up to thirty times the normal amount. Other changes involve the heart, kidneys, lungs and gastrointestinal tract, to name a few. Great hormonal changes also occur during puberty spurt as the body grows and mature. Like in pregnancy, this puberty related changes also exert effects on working systems of the body.

Insulin injections needed for some diabetics

Other hormonal imbalances related to systemic conditions such as diabetes also plays an important role in modifying our oral health. Diabetes is characterized as a metabolic disorder where there is a constant high level of glucose in the blood. This high blood sugar level if inadequately managed causes a whole string of other problems due to altered mechanism in the body. Most importantly, systemic diseases as such affects our immune system and modifies the response to bacteria in the body, often an exaggerated response is precipitated.

Diseases involving the blood, also known as hematological disorders can have a big effect on our oral health due to its large impact on our general health. Common hematological diseases such as anemia and leukemia affect the quality of our blood leading to a reduction or loss of function. In anemia, there is a decrease in oxygen circulating ability in the blood while leukemia is much more serious which involves production of abnormal and non-functioning blood cells. These again alter the immune system which in turn causes problems in the mouth as it becomes more susceptible to bacterial aggravation.

Immune mediated disorders, or better known as autoimmune diseases, have an undisputed effect on our immune systems. Examples of such conditions include rheumatoid arthritis where circulating defense cells attacks the joints, mistaking them for foreign bodies. This can sometimes have a secondary effect on oral structures, predominantly the salivary glands that can also be mistakenly attacked by our bodies’ defense cells. Other diseases with a direct impact on our immune system such as the human immunodeficiency virus (HIV) infection which makes one very ill also have an important impact on oral health.

How do these diseases affect our oral health?

In short, all the body changes mentioned above modifies our immune system, hence altering its response to bacteria. In most of the conditions mentioned, despite good oral hygiene, the presence of little amount of plaque can cause enhanced response from the immune system. This is because the immune system is already on high alert and when it detects bacteria, the immune response mounted is higher than normal, causing larger recruitment of defense cells. This though aids in killing bacteria, it also inevitably destroys our own tissue cells as a result of toxins produced during the process.

These diseases can also sometimes be debilitating and create great stress on daily lives, making it hard to maintain good oral hygiene. For example, an individual with rheumatoid arthritis in the hands may find it extremely difficult to brush efficiently due to altered grip and lack of control of the movement of toothbrush. Pregnant patients on the other hand may find it difficult to brush adequately on the back teeth during the period of morning sickness as placement of toothbrush too far back can stimulate gag reflex. Other patients such as unstable diabetic or HIV infected individuals may simply be too sick to tend to their oral hygiene needs.

Secondary infection in the mouth can be drug related

Another common problem with systemic diseases is that they may require some form of pharmacological therapy.  Drugs used to treat certain conditions can have adverse side effects, either direct or indirect, to the mouth such as development of dry mouth or secondary fungal infection. In most cases, these effects are minimal and even when present, usually the benefit of the drugs used to treat an underlying condition greatly outweighs the possibility of an adverse oral reaction.

Continue to next section…

2 thoughts on “Oral Health: Relationship between the body and mouth I”