Syphilis is a serious sexually transmitted disease caused by spirochetal bacterium Treponema pallidum that can cause damage to the heart or nerves and unborn baby. The incidence of syphilis, which can be fatal, is on the rise and it can present as a irregular severe form of HIV infection.

The name â€œsyphilisâ€ was coined in 1530 by the Italian physician and poet Girolamo Fracastoro but the disease has been around for the longest time and had been spread around by sailors and soldiers who had unprotected sex with prostitutes in countries they frequent. Throughout history, syphilis has been known by many names including Lues, Cupidâ€™s Disease, great pox and others.

Syphilis is an infectious disease by bacterium Treponema pallidum that can spread through broken skin or mucous membrane and is mostly spread through sexual contact. Syphilis can also infect unborn babies in mothers who are carrying the disease.

Signs and Symptoms of syphilis

Syphilis symptoms vary on the stage of the disease.

Typically acquired through direct sexual contact, syphilis bacteria remains in the blood for 3 weeks (10-90 days) before showing any symptoms. A small, hard painless skin ulcer (chancre) will form, often on the penis, vagina or rectum.

Untreated chancres heal in 3 to 8 weeks but are highly infectious and can be associated with enlarged painless regional lymph nodes.

Secondary syphilis follows the primary infection after 6 to 8 weeks though a chancre may still be present. Signs and symptoms include: 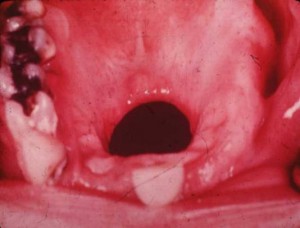 Syphilis progresses to a third stage 3 to 10 or more years later if left untreated after infection in about 30% of affected individuals and the remaining have latent syphilis, whereby they have proof of infection without signs or symptoms of disease.

10% of patients have cardiovascular syphilis with heart complications or neurosyphilis which affects the nervous system, causing symptoms like mental illness.

Gumma is a characteristic lesion which is a small rubbery growth (granuloma) that breaks down to from deep, punched-out ulcers on the skin, bone or mucosa. Mucosal gummas may destroy bone especially the palate or involve the tongue with white patches that cannot be scrapped off (leukoplakia) which could be cancerous.

Syphilis can be passed from mother to the unborn baby, which may lead to the child having:

Some affected babies can be born dead and affected children are highly infectious until the age of 2.

How to test for syphilis

Syphilis can be diagnosed by the signs and symptoms of the disease, microscopic identification of syphilis bacteria and blood tests.

Syphilis blood tests can be specific and non-specific and both are used in each case to distinguish active syphilis from those who had been effectively treated for syphilis.

Syphilis home test kits are available where you add a sample to the reagent developer and just read the colour band signal. Though they claim to be accurate, it is best to confirm the diagnosis with a doctor and seek immediate treatment. 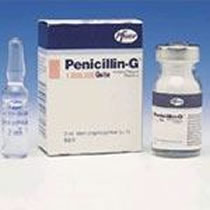 Syphilis cure is available and the disease is treated with antibiotics. Penicillin is used as the first choice and it is administered through injections. Your doctor may warn you of Herxheimer reaction (also known as Jarisch-Herxheimer or Herx) during treatment whereby you will get fever, chills, headache, muscle pain and worsening of skin lesions due to the large amounts of toxins released by bacteria into the body when they die. These symptoms usually disappear within 24 hours.

All pregnant women with syphilis should be treated with penicillin. Follow-up treatment for syphilis includes clinical examination 1 to 2 weeks later followed by clinical and blood evaluation at 3, 6, 9, 12, and 24 months after treatment.

How to prevent syphilis

Pregnant women should be screened for syphilis and individuals who are sexually active should practice safe sex and use latex condoms.

When to see a doctor

Contact your doctor when you develop any signs or symptoms of syphilis or had any sexual contact with someone who has syphilis to conduct a proper medical checkup and syphilis test.