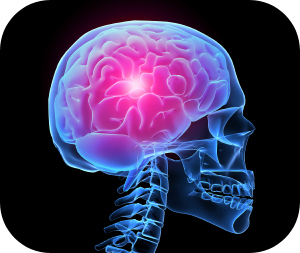 Most persons who have had head injuries have local pain or tenderness at the site of impact for a few hours or even for a few days, after which many become symptom-free. However up to one half of all persons who injure their heads sufficiently to warrant hospitalization develop chronic post-traumatic headaches.

A small number of patients with headaches that persist after head injury have pain due to bleeding in the epidural, subdural or subarachnoid spaces, which is potentially lethal and needs urgent neurological attention. The headache of subdural hematoma begins at the time of trauma or the regaining of consciousness and persists, often for weeks or months, until the hematoma is removed. Blood in the subarachnoid space may induce headache, as may adhesions after head injury involving pain-sensitive structures in the arachnoid. However most patients with post-traumatic headaches that persist or recur for long periods after head injury have no identifiable intracranial abnormalities to explain their pain and some of these have a â€˜compensation neurosis’ â€“ a psychogenic type of pain.

Causalgia is a persistent burning pain, often in the lower jaw that follows surgery or trauma. The cause is unclear and there is no good evidence that it is related to a peripheral nerve lesion or to psychogenic causes.

If a local anesthetic injection relieves causalgia then cryoanalgesia may effect relief, but neurosurgery may be required.

Frey syndrome is a sudden burning pain, usually in the temple area or in front of the ear, associated with flushing and sweating on eating, which often follows parotid gland surgery and appears to be due to abnormal innervation. 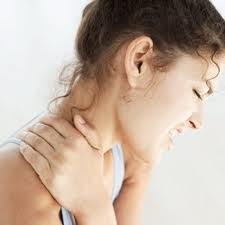 The mouth and soft tissues around the mouth have among the richest sensory innervations in the body. Furthermore, a large part of the sensory homunculus on the cerebral cortex receives information from orofacial structures. Right from infancy, the mouth is concerned intimately with the psychological development of the individual and disorders of structures, such as the lips, teeth and oral mucosa can hold enormous emotional significance. It is hardly surprising therefore that there are a range of psychogenic types of orofacial pain.

Features common to most conditions with a psychogenic component, sometimes termed â€˜medically unexplained symptomsâ€™ (MUS), include the following:

The reason for â€˜medically unexplained symptomsâ€™ may include the following:

Psychogenic (tension) headaches are common, especially in young adults. The headache which is caused by anxiety or stress-induced muscles tension, affects the frontal, occipital and / or temporal muscles, and is felt as a constant ache or band-like pressure. The pain is often worse by the evening, but does not waken the individual. Reassurance may be effective, but the pain may be helped by massage, warmth, non-steroidal anti-inflammatory drugs (NSAIDs) or benzodiazepines, such as diazepam, as this is both anxiety-relieving drugs and a mild muscle relaxant.

The most common types of orofacial pain with a strong psychogenic component are:

Referred cause of orofacial pain 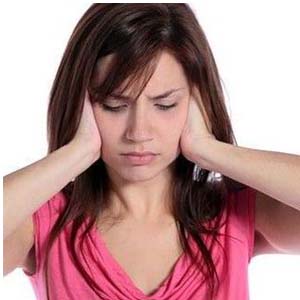 Pain may occasionally be referred to the mouth, face or jaws from the following:

The cause of orofacial pain is established mainly from the history and examination findings, but it important to consider the usefulness of additional investigations, particular imaging of the head and neck, using CT or MRI. It is important not to miss detecting organic disease and thus mislabeling the individual as having psychogenic pain. Even individuals with psychogenic disorders can suffer organic pain.

Pain is the most important symptom suggestive of oral disease, but absence of pain does not exclude organic disease and presence pf pain does not necessarily mean organic disease. There is also considerable individual variation in response to pain and the threshold is lowered by tiredness and psychogenic and other factors:

It is important also: