Orthodontic treatment can be divided into: 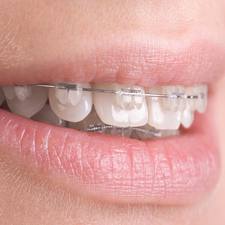 We will be focusing on removable orthodontic appliances in this article.

Firstly, you may want to know what are the types of movement involved in orthodontics and the amount of force required for that movement of a single tooth:

i) Intrusion (10-20 gm) -Movement of a tooth inwards (into its tooth socket, or apically)

ii) Extrusion (35-60gm) -Opposite of intrusion, i.e. movement of a tooth out of its socket, or coronally

iii) Tipping (35-60gm) -tilting movement of a tooth, eg moving an incisor that was protruding inwards 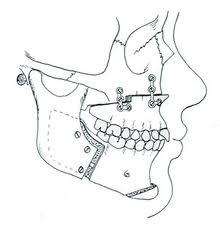 vi) Bodily movement (70-120gm) -Requires the largest amount of force. It is the movement of the entire tooth in one direction without rotating or tilting.

3. Preventive and interceptive orthodontics (e.g to maintain an open spacing, or habits to break habits such as thumbsucking) in growing children

4. As an adjunct to fixed appliances for expansion or extra oral traction.

Reasons not to opt for removable orthodontic appliances:

-apical (towards the direction of the tooth root, or apex of the tooth) displacement of teeth

4. Malocclusion on the lower jaw 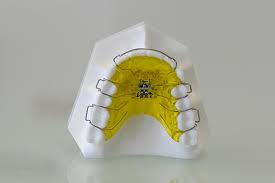 A removable appliance with a labial bow, 4 Adam's clasps, an expansion screw in the middle, and an acrylic base combining all the components

Parts of a removable appliance:

i) Springs- made of stainless steel wire, used for tipping or minor rotations especially of upper front teeth, and also for pushing the upper front teeth together if there was a gap between the teeth previously.

iii) Screws- are incorportated into the acrylic base for the purpose of expansion of a jaw in growing children.This is particularly useful when there is crowding, the expansion of the jaw (either upper or lower) will result in increased space to accomodate the teeth and reduce crowding.

iv) Elastics- used for reciprocal teeth movements in both upper and lower jaw (eg to pull the upper molars frontwards and at the same time pull the lower molars backwards in patients with class III malocclusion, or protruding lower jaw; or to correct single tooth cross bite)

-To hold the appliance in the mouth and prevent it from falling out.

-The acrylic portion (the main body), which serves the following purposes:

i) Supports other components such as the active components and clasps

ii) Contributes to anchorage (resistance to unwanted tooth movement, eg movement of a front teeth is anchored against the molar teeth) through contact with the palatal vault.

iii) Can be built into bite planes (thickened acrylic which will be contacted by opposing teeth) to reduce deep bite.

1. Can be removed for tooth brushing

4. Less risk of damage to teeth (eg root resorption occurs due to excessive force exerted on the tooth and is more common in fixed appliance)

5. The acrylic base can be thickened to form flat bite planes either on upper front teeth or the back teeth

6. Useful both as passive retainers and an active appliance.

7. Can be used to transmit forces to blocks of teeth.

1. Appliance can be easily misplaced, especially in the first few days or weeks after the appliance is issued, asit has to be constantly removed and reinserted into the mouth.

6. Lower removable appliances are difficult to tolerate, hance are not commonly fabricated.