Gum disease is one of the leading causes of tooth loss and is also frequently linked to the control of diabetes. It is also associated with heart disease and strokes. 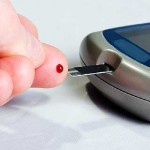 Diabetes mellitus is a metabolic disorder characterized by glucose intolerance. It can be classified into 3 major categories::

Link between Diabetes and Gum Disease

People with diabetes are more likely to have gum disease than people without diabetes. Periodontitis is also often referred to as the sixth complication of diabetes. This statement is backed by the American Diabetes Association which states on its website that people who have diabetes are at a higher risk for gum problems, and poor blood glucose control makes gum problems more likely. Those people who donâ€™t have their diabetes under control are especially at risk.

This is because diabetics are more susceptible to contracting infections. Diabetes reduces the bodyâ€™s resistance to infection by damaging white blood cells, the bodyâ€™s main defense against infection. This increases the probability of gums being infected. Active destruction of the gum tissues is more likely to occur. The factors most likely to account for this association include impaired host response. High glucose levels in saliva promote growth of bacteria and sets the stage for gum disease. Diabetes slows circulation by causing blood vessels to thicken, which can slow down the flow of nutrients to the mouth and the removal of harmful wastes away from the mouth, which in turn makes the gum tissues more prone to infections.

Another study found that smoking increases the risk of gum disease by nearly 10 times in diabetic patients. According to these results, the management of diabetic patients should include strong recommendations to quit smoking.

1 thought on “Diabetes and Gum Disease”