There are many types of gum diseases, with the most common one being gingivitis, which is the inflammation of the gums. Everybody will have gingivitis to some extent, however, some individuals with very bad oral hygiene will have severe gingivitis. (Sometimes, gingivitis occur even with a good oral hygiene as there are many causes of gingivitis) To relieve the symptoms of gingivitis, some herbal remedies can be used. However, to completely remove the underlying cause of the inflammation, a trip to the dentist has to be taken. Only then, will the symptoms not recur.

Another indian herb that is useful for relieving the inflamed gums is the bark of the babul tree. It is boiled in water and the water is then used to swish around the mouth after it has cooled. The babul tree is actually a very well-known tree in India, and it has many other uses other than relieving inflamed gums. It is able to survive with a small amount of water, and is often used as food sources for the goats and cows when other plants are not able to survive. 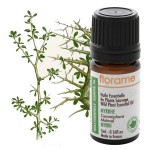 You can also add a drop of myrrh oil into the regular mouthwash to combat inflammation. Myrrh is the dried oleo gum resin of a number of Commiphora or dhidin species of trees. Not only it is antiseptic, it can also act as an analgesic for toothaches. This is because researchers at the University of Florence (Italy) has showed that furanoeudesma-1,3-diene and another terpene in the myrrh affect the opioid receptors in the mouse’s brain, which influence pain perception.

Neem leaf extract can also be used. By adding 1 gram of it to 2 tablespoons of water, the mixture is swished around the mouth for one minute. In India, ayuverdic medicine constantly involves neem leaf, although it is not so popular in the western countries. Over 75% of Ayurvedic remedies contain neem, usually in form of leaf (or extract), sometimes the bark/fruit/flowers, and almost never the oil. It reduces the inflammation by reducing plaque buildup, and it is also antibacterial, therefore, it can be used even if there is no inflammation as a normal mouthwash.

A drop of Echinacea oil can also be added into the toothpaste by dropping it into the bristles of the toothbrush before adding the toothpaste onto it. You can do this in the morning, and combined with correct brushing methods, it can do wonders to your gums. Echinacea is commonly called purple coneflower, and is native to the eastern and central parts of North America and actually can be found in various colors. Echinacea stimulates the human body immune system and promotes the activation of T-cells. It works with white blood cells to attack germs. However, although it will enhance the immune system, those already suffering from autoimmune disorders will find that it worsens the symptoms.

Other than herbal remedies, you can try taking sources rich with omega 3, gargling with salt water, and also eating plenty of fruits and vegetables. All these will decrease the inflammation and result in healthier gums. It is always important to test for allergies before using any herbal remedies, and stop once you feel anything is not right. Some herbs will taste bitter, to improve the flavor, peppermint can be added into the mixture. After rinsing the mouth with all the mixture, it is important to expectorate, but not rinse the mouth thoroughly, as the herbs will take some time to work. The longer contact time between the herbs and the gums, the better. And as they are natural remedies, there is no harm in swallowing a small amount of the mixture.