BehÃ§et’s disease (Sometimes called BehÃ§et’s syndrome, Morbus BehÃ§et, or Silk Road disease) is a rare immune-mediatedÂ systemicÂ vasculitisÂ that often presents with mucous membrane ulceration and ocular involvements. BehÃ§et disease (BD) was named in 1937 after the Turkish dermatologist Hulusi BehÃ§et, who first described the triple-symptom complex of recurrent oral aphthous ulcers, genital ulcers, andÂ uveitis. As a systemic disease, it can also involveÂ visceral organsÂ such as the gastrointestinal tract, pulmonary, musculoskeletal, and neurological systems. This syndrome can be fatal, due to ruptured vascularÂ aneurysms, or severe neurological complications.

The cause of Behcet disease is unknown but it is presumed to be an autoimmune disorder. This is where an individual’s immune system starts reacting against his or her own tissues. The reason for this remains a mystery but it is possible bacterial or viral infection may have a role in its development.

Who is at risk of Behcet disease?

In people with Silk Road ancestry, Behcet disease is more common in men than in women. However, the trend is reversed with more women than men being affected in people of other ethnic origins. The disease can develop at any age but is most common as people reach 20-30 years.

What are the signs and symptoms of Behcet disease?

Mouth ulcers are the most common and earliest sign of Behcet disease. However, before these appear a patient may for a number of years experience a variety of recurrent signs and symptoms that include:

Painful mouth ulcers are usually the first outward sign of Behcet disease and occur in about 70% of patients. Ulcers can occur anywhere in the mouth including on the tongue and inside the lips and cheeks. They usually last for 1-2 weeks but can remain for as long as 3 weeks.

Other common signs and symptoms indicative of Behcet disease include:

How is Behcet disease diagnosed?

Behcet disease can be difficult to diagnose as signs and symptoms come and go and may not be apparent all at one time. If you have a history of recurrent mouth and genital ulcers, uveitis and skin sores this is suggestive of the condition.

The International criteria for classification of Behcet disease defines the conditions as:

At least 3 episodes of recurrent oral ulcers in a 12-month period plus at least two more of the following:

What is the treatment for Behcet disease?

Currently there is no cure for Behcet disease. The main goal is to treat and manage the symptoms so that complications do not develop. Because Behcet disease affects so many different parts of the body, a team of doctors from various specialties will treat most people.

Some medications that may help in controlling symptoms include:

What is the prognosis? 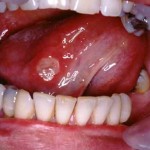 Behcet disease is a chronic disease where the acute phases come and go with varying degrees of intensity. In the early stages of the disease attacks may be frequent and last for several weeks. As time progresses the intervals between attacks may become longer and in some cases attacks cease altogether. The disease is then considered to be in remission but may strike up again at any time.

Death occurs in about 4% of Behcet cases. Causes of mortality are attributed to gastrointestinal perforation, central nervous system involvement and vascular aneurysms (ballooning of blood vessels).

Most Behcet patients live out a full life although they will most likely deal with some level of symptoms throughout this time.