A landmark legal case involving a medical practitioner (a surgeon) broke new ground just a few years ago and demonstrated just how far the UK courts would go in order to uphold patient autonomy, even in the face of well-established legal principles:

â€œI start with the proposition that the law which imposed a duty to warn on a doctor has, at its heart, the right of a patient to make an informed choice as to whether, and if so when and by whom, to be operated onâ€

This decision was later supported by a majority decision in the House of Lords, even though (as stated in Lord Binghamâ€™s dissenting opinion)

â€œThe injury would have been just as likely to occur whenever the surgery was carried out, and whoever performed it.â€

Lord Hope, on the other hand, was clearly more anxious to find a basis upon which to support the plaintiff (patient) in her claim and find the surgeon (Mr Afshar) guilty of negligence on the consent issue. But the law relating to negligence requires there to be a direct causative link (â€œcausationâ€) between the surgeonâ€™s omission in having failed to warn the patient adequately, and the harm that resulted. In this case, there was no disagreement that the surgery itself had been provided to a perfectly appropriate standard â€“ the case was pleaded on the basis that â€œbut forâ€ the lack of adequate warnings, the patient would not have gone ahead with the surgery that resulted in the adverse outcome.

In the House of Lords decision, Lord Hope explained:

â€œIt is plain that the â€œbut forâ€ test is not in itself a sufficient test of causation. A solution to this problem which is in Miss Chesterâ€™s favour cannot be based on conventional causation principles. The issue of causation cannot be separated from issues about public policy. The law has as its heart the right of the patient to make an informed choice as to whether and if so, when and from whom to be operated on. For many the choice would be a difficult one, needing time to think, take advice and weigh up the alternatives.â€

â€œAs a result of the surgeonâ€™s negligent failure to warn the patient, she cannot be said to have given her consent to the surgery in the full legal sense. Her right of autonomy and dignity can and ought to be vindicated by a narrow and modest departure from traditional causation principles.â€

This ground-breaking case happened to arise in the UK, and happened to involve a medical practitioner. But in country after country around the world, the courts are stepping in to swing the pendulum very much in favour of the patient when matters of consent are under discussion. In the above case, the Court of Appeal and the House of Lords both concluded that the normal application of the law would result in the clinician being found not guilty of negligence â€“ so they departed from traditional principles in order to find him guilty!

There are several aspects of autonomy which need to be considered, including

Patient must be aware of all the other altrnatives

A centrally important feature of patient autonomy is the right of a patient to make a clear choice â€“ as illustrated in the Chester v Afshar decision above. That choice needs to be made according to the patientâ€™s own values and priorities.

A reasonable choice to one person may not be reasonable to another (including the treating practitioner) because this clinician may not hold the same personal values as the patient who is making the choice.

This conflict in perspectives sometimes arises in dental practice when patients ask dentists or other dental professionals to proceed with treatment which is at odds with the dentistâ€™s own values, ethics and professional judgement. Here both parties have the right to hold their view, and sometimes the solution is for the clinician to withdraw from treating the patient. 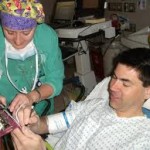 Consent must be pbtained without coercion

A second feature of autonomy is the need to ensure that any decisions are taken freely, voluntarily and without coercion. This is easier to say than to achieve. Coercion can be overt or more commonly it may be subtle. From an early age humans learn to adapt to situations and to make the best of situations to their own advantage. Our codes of conduct and values influence the way that we behave and react to situations. Even with the best intentions we often try to influence how others might act around us.

An example in dentistry might be a teenage child who presents with his / her parents for orthodontic treatment. The parents clearly want the child to have orthodontic treatment for cosmetic reasons and the orthodontic treatment may even be judged to be in the childâ€™s best interests by both parents and the treating practitioner(s). The child may have a malocclusion that is severe and would greatly benefit from the proposed treatment. But notwithstanding the best of intentions on the part of the parents, the child may still feel coerced into having treatment which goes against his / her own wishes as regards their own body. In many countries parents may even have a legal right to make a decision on behalf of a child, notwithstanding a childâ€™s personal preferences.

If one examines consent purely from the point of view of autonomy then any consent obtained in that situation may not be valid if the child has not made the decision with his / her own free will. Even if the child agrees, a clinician may find it difficult to ensure that there is no undue influence being placed upon the child in reaching that decision.