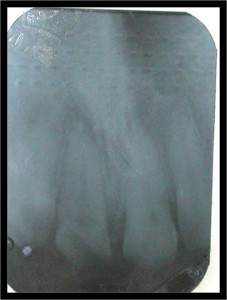 CAUSE: Film placed backward and then exposed. X-ray beam attenuated
by the lead foil backing in the film packet
ACTION: Always place the white side of the film adjacent to the teeth 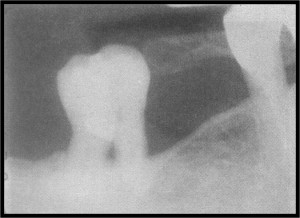 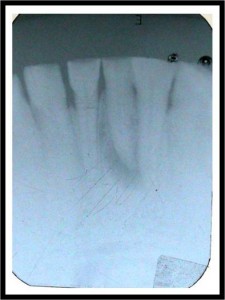 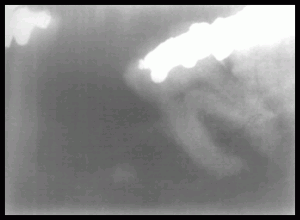 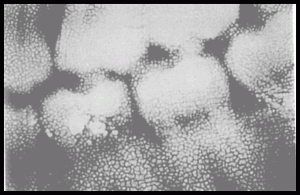 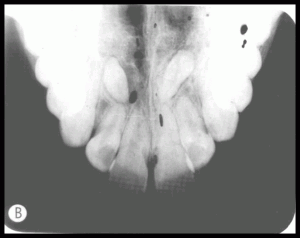 CAUSE: Developer spots are seen when the developer solution
comes in contact with the film before processing
ACTION: Use a clean working surface in the darkroom, place
a paper towel on the work area before unwrapping films 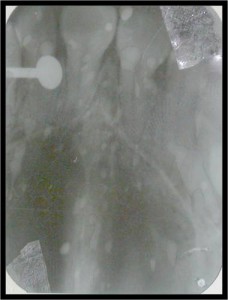 CAUSE: Fixer solution coming in contact with the film
before processing
ACTION: use clean working area in dark room, place a
Paper towel on work area before unwrapping. 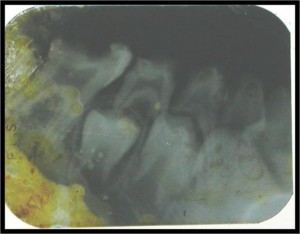 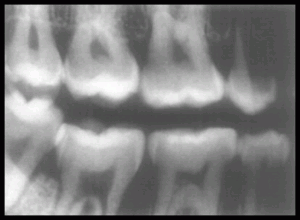 CAUSE: Dryer not working, old fixer or lack of replenishment.
ACTION : Check dryer temperature, last time fixer was changed
and change or replenish if necessary 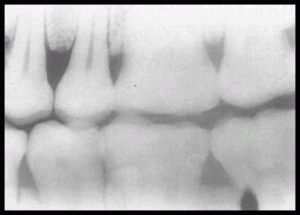 CAUSE: Contaminated solutions, old solutions, lack of replenishment
Improper washing after exposure to chemicals
ACTION : Check replenishment frequency, last time solutions
were replaced and change if necessary. Pour
fixer first and then developer. When replenishing use caution not
to contaminate developer with fixer 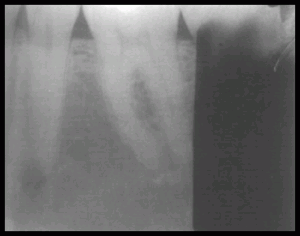 CAUSE: Films were processed too close together, dirty rollers
ACTION : Check processing technique

FILM HANDLING AND STORAGE ERRORS :
Ideal film storage temperatures are between 50 and 70 and between 30 to 50% relative humidity.
Any increase is known to cause increased sensitization of the film emulsion
Extra oral films should be stored in a vertical orientation to prevent pressure artifacts.
Failure to maintain these cardinal rules in the radiographic unit leads to production of lightâ€, warped images and artifacts like.
1.Tree like artifact â€” by static electricity (Dark tree like lines running across the film).
2. Smudge static – electricity produced by polyester clothing (Black smudges on the film).
3. Crescent or halfmoon – Fingernail (Dark cresent on film).
4. Finger print pattern – Dark finger prints on film. 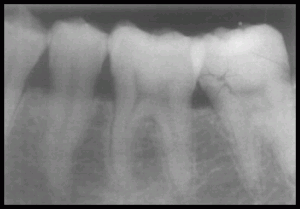 CAUSE: Static electricity, static from clothing or carpet
ACTION : Use antistatic solution in intensifying screens, install
humidifier in processing room if necessary, stand on antistatic
pad while processing, and open cassette slowly 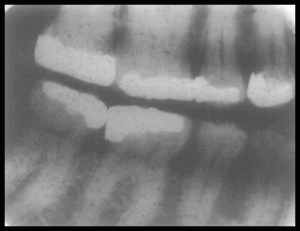 CAUSE: Static electricity, static from clothing or carpet
ACTION : Use antistatic fabric softener when drying clothes

PROBLEM : CRESCENT OR HALF MOONS 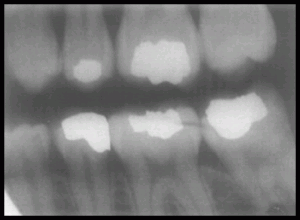 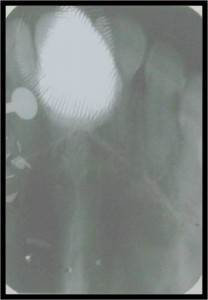 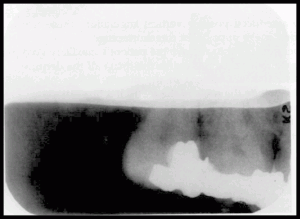 CAUSE: straight white border appears due to low level of developer
solution and represents an underdeveloped portion of film,
ACTION: Check the developer level before processing films, make
certain that all films on the film rack are completely immersed
in the developer solution. 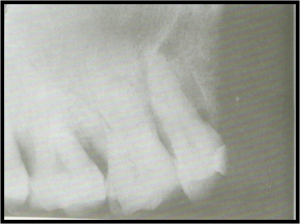 CAUSE: Straight black border appears due to low level of fixer
solution
ACTION : check the fixer level before processing films, make
certain that all film rack are completely immersed in the fixer solution 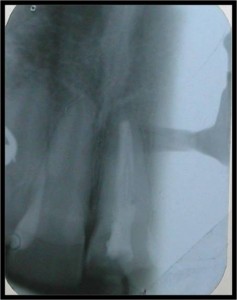 CAUSE: white or dark areas appear on films when two films come
in contact with each other during manual or automatic
Processing. Films overlapped in developer have white areas, in
fixer have black areas.
ACTION: Ovoid overlapped films 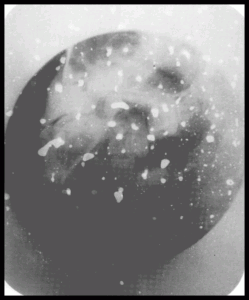 CAUSE: White spots appear on the film when air is trapped on the
Film surface after the film is placed in the processing solutions, air
bubbles prevent the chemicals from affecting the emulsion in that area
ACTION: Gently agitate and stir film racks after placing them in the
processing solutions. 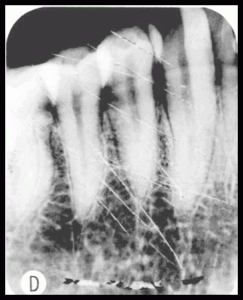 CAUSE: White lines appear when the soft film emulsion is removed
from the film base by sharp objects
ACTION: Use care when placing a film rack in the processing
solutions, avoid contact with other film hangers, sharp objects.