The radiographic demonstration of the major salivary glands by introducing a radiopaque contrast medium into their ductal system.

History :
One of the oldest imaging procedures and was first mentioned by Carpy in 1902.
In 1925, Barsony and Uslenghi described sialography as a diagnostic tool.
Arcelin – 1913 first in vivo sialogram using Bismuth

The test is performed in a hospital radiology department or in the health care provider’s office by an X-ray technician. It may also be performed by a dental specialist (an oral and maxillofacial radiologist). You may be given a sedative before the procedure.

You will be asked to lie on your back on the X-ray table. An X-ray is taken before the contrast material is injected to ensure that no stones are present to stop the contrast material from entering the ducts. A catheter (a small flexible tube) will be inserted through your mouth and into the duct of the salivary gland. A contrast medium is then injected into the duct so that the duct will show up on the X-ray. X-rays will be taken from a number of positions. 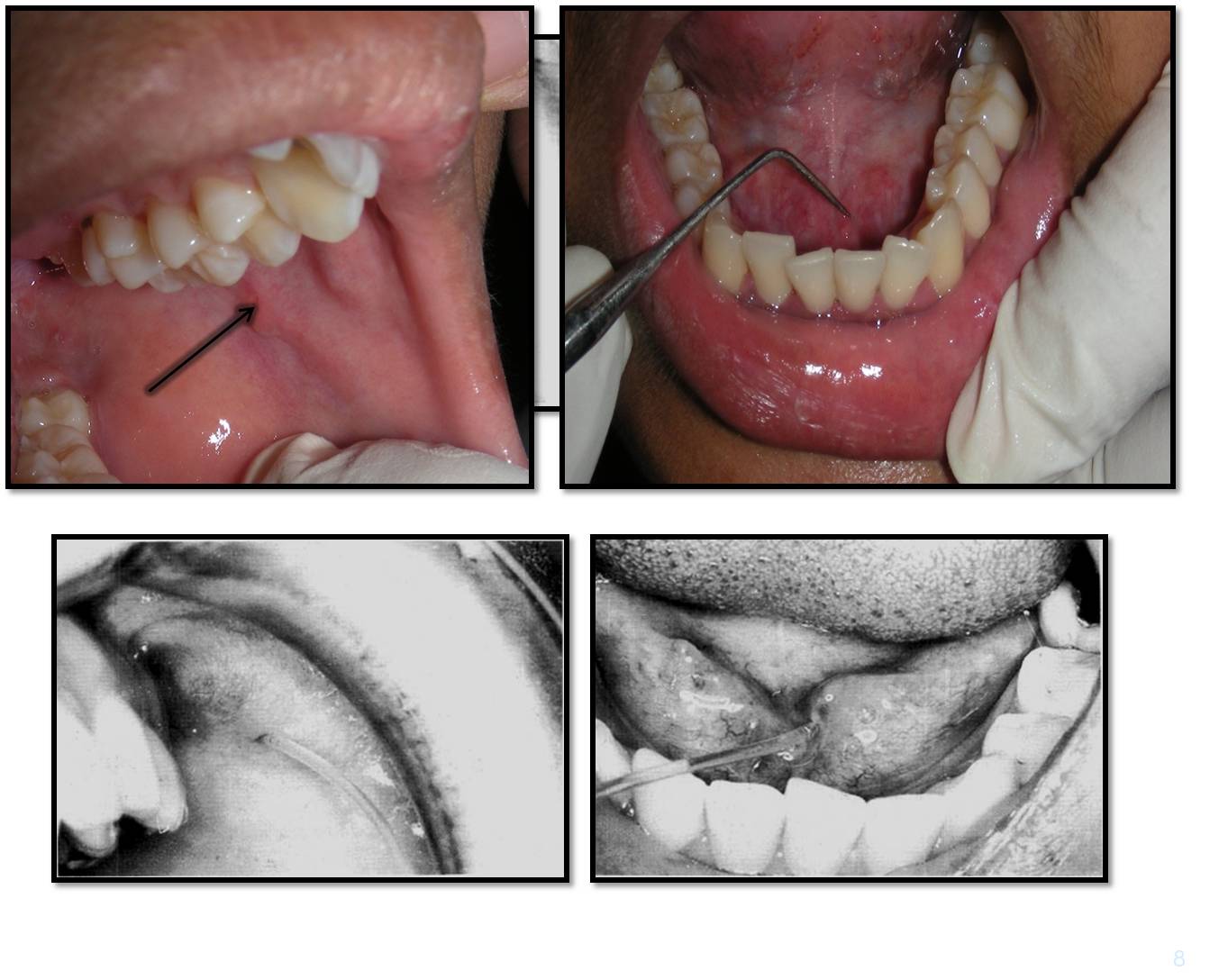 IndicationsÂ
Presence and / or position of calculi or other blockages
Extent of ductal and glandular destruction secondary to an obstruction
To determine the extent of glandular breakdown
Assessment of function in cases of dry mouth
To determine the location, size, nature and origin of a swelling or mass
Post operative or post traumatic salivary fistula
Surgical consideration
Amount of damage to gland and its salvageability
Choose site of biopsy
Differentiate intrinsic or extrinsic mass
Relation of mass to facial nerve

Hydrostatic TechniqueÂ
Aqueous contrast media is allowed to flow freely into the gland under the force of gravity until the patient experiences discomfort.
ADVANTAGES
â€¢ Less likely to cause damage or give an artifactual picture
â€¢ Simple
â€¢ Inexpensive.
DISADVANTAGES
â€¢ Reliant on the patient’s responses
â€¢ Patients have to lie down during the procedure, so they need to be positioned-in advance for the filling-phase radiographs.

Continuous Infusion Pressure Monitored TechniqueÂ
A constant flow rate is maintained and the ductal pressure monitored throughout the procedure.
ADVANTAGES
â€¢ The controlled introduction of contrast media at known pressures -no damage
â€¢ Does not cause overfilling of the gland
â€¢ Does not rely on the patient’s responses.
DISADVANTAGES
â€¢ Complex equipment is required
â€¢ Time consuming.

The main duct is of even diameter (1-2 mm wide) filled completely.
The duct structure within the gland branches -regularly and tapers gradually towards the periphery of the gland, the so-called tree in winter appearance

The main duct is of even diameter (1-2 mm wide) filled completely.
The duct structure within the gland branches -regularly and tapers gradually towards the periphery of the gland, the so-called tree in winter appearance
Sialographic appearances of sialadenitis
Dots or blobs of contrast medium within the gland , an appearance known as sialectasis caused by the inflammation of the glandular tissue producing saccular dilatation of the acini.
– The main duct is usually normal.
APPLE TREE IN BLOSSOM

Sialographic appearance in Sjogren’s Syndrome
Widespread dots or blobs of contrast medium within the gland, an appearance known as â€˜punctate sialectasisâ€™ or â€˜snowstormâ€™ or â€˜branchless fruit laden treeâ€™, or â€˜cherry blossomâ€™ appearance.
– Retention of the contrast medium during the emptying phase.
– Main duct normal.

Sialographic Appearance of Intrinsic Tumour
– An area of under-filling within the gland, due to ductal compression by the tumor.
– Ductal displacement – â€œball in handâ€.