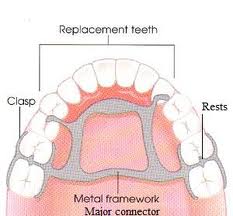 What is a rest?

A rest is a small projection of metal from the main frame of the body of the denture (the major connector) that rests on the chewing surface of a natural tooth, usually the tooth next to a gap. Placement of a rest requires that a little bit of tooth structure (only enamel) is removed using a small dental bur, to create a space so that when the metal projection from the denture (which will conform to the shape of the prepared area) rests on that tooth, the patient will not feel a â€œhigh biteâ€ when they bite their teeth together.

If a denture base rests entirely on an edentulous ridge (the region where teeth has been extracted) without a rest, all the load during chewing in that region is transmitted to the bone within the edentulous ridge. This type of denture support is called â€œmucosal supportâ€. This kind of support is detrimental to the edentulous ridge, and may result in a faster rate of resorption of the ridge. 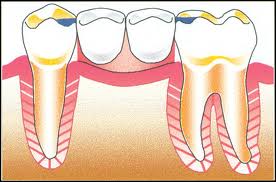 Tooth support should be given wherever possible

Therefore, a rest is usually placed on a tooth on each side of the gap so that the load is shared out between the 2 teeth, which are better at withstanding the load of mastication (chewing). This kind of denture support is called â€œtooth supportâ€.

In cases where the last few teeth are missing, a rest is placed only on the natural tooth in front of the gap, and the load in function is shared out by both the natural tooth and the ridge. This is called â€œtooth and mucosal supportâ€.

Wherever possible, the denture should be â€œtooth-supportedâ€ through the use of rests.

What are the functions of a rest?

What are the design criterias of a rest?

What are the different types of rests? 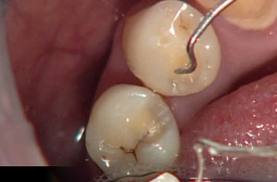