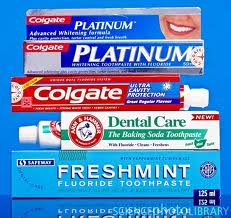 END_OF_DOCUMENT_TOKEN_TO_BE_REPLACED

Pepsodent was a popular brand of toothpaste back in the mid-20th century. It was probably introduced in the earlier parts of the 20th century as a dentrifice in powder form, but eventually took on the recent-day paste form. Pepsodent was owned by the company Unilever, a British and Dutch company that sells an assortment of consumer products throughout the world, and was advertised through commercials and ads to be able to fight tooth decay and whiten teeth. Its most popular slogan was the catchy phrase, â€œyouâ€™ll wonder where the yellow went, when you brush your teeth with Pepsodentâ€, as evident in the youtube video below. Pepsodent was well-known for its minty flavor derived from sassafras, and was claimed to contain the key ingredients: