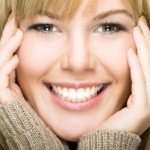 Sweet, fresh breath is something that all of us want. Have you then wondered why bad breath is so difficult to combat? Have youÂ  invested much of your money in fancy chewing gums, mouth sprays and mouth refresheners that provide only temporary relief from the odor of garlic and other heavy smelling spices after every meal? Does bad breath stand in your way of happiness? It is reported that
there are over 80 million people in the US who suffer from bad breath and an estimated 10 billion dollars are spent by people who seek chemical alternatives to rid themselves of their bad breath as they attempt to spice up their social lives and avoid embarrassment.

Before we resort to seeking chemical treatment to neutralize the bad odor emitting from the mouth, we can first attempt to understand the root cause of bad mouth odor. Bad breath, or â€˜halitosisâ€™ as it is known, is caused by the proliferation of bacteria which lives in the oral cavity. This is mainly due to the neglect of oral hygiene. People who fail to practice good oral hygiene often end up suffering from bacterial infection. This infection leads to gum disease which results in bad breath. In this instance, we can try consuming some everyday foods that can help alleviate this problem before we resort to relief in chemical products.

Taking food rich in vitamin C helps protect the gums from disease and stop bleeding from the gums. Eating food rich in vitamin C such as oranges, kiwi fruit and strawberries can help reduce gum disease and hence prevent bad breath. Citrus fruits like the orange contain citric acid which stimulates the salivary glands. This leads to increased production of saliva. Saliva has the function of cleansing the
mouth and reducing the bacterial load through its salivary enzymes content.

In addition, eating food rich in fiber is encouraged as it aids in the process of bowel cleansing. Foods such as prunes, fig, brown rice and wheat are rich in fiber. When digestion takes place in the stomach, gases are released. The toxins and gases released depend on the type of food consumed. The gas released from the digestion of food is sometimes released through the mouth (when you burp after a big meal) which causes the bad odor. Similarly, when you are constipated, harmful toxins and gases emit a foul smell. Fiber helps promote regular bowel movements and therefore aids in the elimination of toxins that cause bad smelling breath. If you suffer fromÂ  constipation or irritable bowel syndrome (IBS), you can try psyllium, a type of dietary fiber which is available in products such as â€œMetamucilâ€. Dietary fibers containing psyllium can be found in stores and pharmacies. Psyllium has been commonly used as a laxative although it is more appropriately termed as dietary fiber.

Yogurt is another food recommended as it contains high levels of acidophilus. Acidophilus is a type of naturally occurring bacteria which maintains the health of the intestines. Loss of balance of these intestinal bacteria can cause gas problems and thus bad breath. Oral antibiotics often kill beneficial bacteria such as acidophilus in the intestines. Therefore patients who have undergone prolonged antibiotic treatment are advised to consume food rich in acidophilus to offset the loss of balance of this all important bacteria.

Alternately, you can change your tooth brushing habits by substituting your regular toothpaste with baking soda (sodium bicarbonate). Sodium bicarbonate is alkaline in nature and neutralizes the acid content in the oral cavity, making it less favorable for the odor-causing bacteria to grow. A mixture of baking soda and hydrogen peroxide is found to reduce acid levels in the mouth and hence help in reducing bad breath. This has been found beneficial especially among people using fluoride free toothpaste.

Fennel seeds have been traditionally used for centuries to freshen the breath. It is a type ofÂ  herb which is widely used in India, Pakistan and Middle Eastern countries to spice up the food. Fennel seeds contain a substance called licorice which produces an aroma that stays in the mouth. This makes fennel seeds a very effective substance to cure bad breath. You will probably come across fennel seeds when you dine in Indian restaurants. A bowl of fennel seeds is usually placed on the counter of most Indian restaurants. Patrons usually pop a few of these seeds into their mouths after their meal, to freshen their breath and to reduce all strong and unwanted smells caused by the spicy and pungent food.