Paan chewing is one of the most widespread habits in the world and is practiced by over 200 million people worldwide. It is particularly common in South-East Asia and the Indian subcontinent and is also prevalent within these ethnic communities in parts of the USA. The composition of the quid varies but basically consists of betel nut and slaked lime wrapped in a betel leaf to which tobacco and various spices are often added. The quid is usually placed in the cheek pockets and is frequently kept in the mouth for a long time. As the quid is chewed, alkaloids are released from the nut and the tobacco which are said to aid digestion and to produce a slight euphoric effect. The habit is more common in women than in men, and although the frequency of use increases with age the habit often starts in childhood.

This habit induces leukoplakia (a precancerous lesion) where the paan is held in the mouth and cancerous transformation is usually evidenced clinically by the development of a papilliferous, ulcerated mass. Chewing of the areca nut alone is the main causative factor in oral submucous fibrosis which is regarded as a precancerous condition. 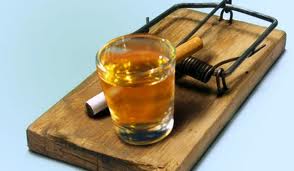 Studies from several countries have demonstrated an increased risk of oral cancer associated with alcohol consumption. All forms of alcoholic beverages are dangerous; the relative risk for beer and wine drinkers is as high as, and in some studies greater than, that for spirit drinkers. The increasing incidence of oral cancer, especially in younger persons, may be linked to the rise in alcohol consumption over the past few decades.

Unraveling the role of alcohol in the cause of oral cancer has been complicated because of the close association between drinking and smoking habits. Although alcohol is an important factor independent of smoking, many studies have shown a marked increase in the relative risk when smoking and drinking are practiced concurrently, suggesting a synergistic or multiplicative effect.

Alcoholic drinks may include constituents and/or contaminants that are carcinogenic and may enhance transport of carcinogens across the mucosal barrier in the body. Nutritional deficiencies in chronic alcohol abuse may further impair the mucosa barrier. Chronic alcoholic intake may impair the ability of the liver to detoxify potential carcinogens, and can also suppress immune responses, increasing the risk of cancer.

Concern has also been expressed regarding the potential risk from mouthwash use. The evidence is inconclusive but an increased risk of oral cancer has been reported in subjects using high alcohol content (25% or higher) mouthwashes. 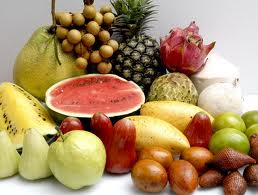 The increased risk of esophageal (the passage between the pharynx and the stomach), pharyngeal (related to the throat) and oral cancer associated with primary sideropenic anemia (Plummer-Vinson or Patterson-Kelly syndrome) has been recognized for many years. Iron is essential for the maintenance of oral epithelium or tissues and it is possible that wasting changes in iron-deficiency anemia render the mucosa more susceptible to chemical carcinogens.

Vitamin A is also important in the maintenance of stratified squamous epithelium and several studies have shown that individuals whose diets are high in the antioxidant vitamins A, C and E have a decreased risk of oral cancer. The risk decreases with increasing consumption of fresh fruit and vegetables. The strongest protective effect is particular to a diet with a high fruit intake.

Poor oral hygiene, faulty fillings, sharp edges of teeth and ill-fitting dentures have all been incremented in the cause of oral cancer but the evidence for this is meager. Many individuals with oral cancer have poor dentitions but they also smoke and drink heavily, therefore the relative importance of the various factors in the cause of oral cancer is difficult to evaluate. Experiments have shown that chronic mechanical irritation can act as a promoter, but not as an initiator, and dental factors may have a similar role in oral cancer.

Outdoor workers such as those employed in agriculture, forestry and fishing are at high risk of exposure to ultraviolet light, which is an important factor in cancer of the lip. It is estimated that the risk of developing lip cancer doubles every 250 miles nearer the equator. In countries with particularly sunny climates, such as Australia, lip cancers ca account for over 50% of oral cancers. Lip cancer occurs much more frequently n the lower than the upper lip, is much more common in men than women, and is associated particularly with outdoor occupations.

No clear role of viruses causing oral cancer is established. Evidence for the role of human papillomaviruses (HPV) in some premalignant lesions and oral cancer are increasing. One paper has linked oral cancer with the number of oral sex partners although the link of the disease with HPV remains unconfirmed. Herpes simplex viruses (HSV) and Epstein-Barr virus (EBV) are probably incidental passenger viruses.

Reports have been published of an increased risk of cancer of the lips in patients following renal and other organ transplantations, and it is likely that this in some way related to the immunosuppressive therapy that such patients receive. Oral squamous cell cancer has been reported as an oral lesion associated with human immunodeficiency virus (HIV) infection but the evidence of an increase risk in HIV-positive patients is inconclusive.

To be continued in Part 3.