Have you ever noticed how some dentists have the abbreviation DMD after their name and some have DDS as their suffix? You’re not alone. I too had this question, and wanted to find out why there are two different degrees for dentists. Here’s the answer:

Things were great in the mid-1800’s.Â  Those who were dentists had the suffix “DDS” hooked on to the end of their name.

Then, 27 years later, Harvard University decided to create a dental school. It was the first dental school to be affiliated with a major university.Â  Since Harvard likes to be unique, and only grant degrees in Latin, they mulled over calling their degree “Chirurgae Dentium Doctoris,” or CDD.Â  In case you weren’t aware, that means Doctor of Dental Surgery in Latin.

Evidently, Harvard officials didn’t think that “Chirurgae Dentium Doctoris” had quite the ring that they were going for, so they consulted a latin scholar who suggested that they tack the word Dentariae onto their Medicinae Doctorae degree for doctors.Â  They came up with “Dentariae Medicinae Doctorae”, which means Doctor of Dental Medicine.Â  They abbreviated this DMD. 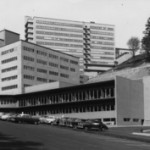 In 1900, only Harvard and the University of Oregon used the DMD degree.

Today, there are 58 dental schools in the United States.Â  According to the ADEA’s Official Guide to Dental Schools, 24 of the 58 award DMD degrees while 34 of them award DDS degrees.

After looking at the statistics in the Official Guide to Dental Schools, I looked at the class size of each school.Â  I used 50 as an estimate for Western University College of Dental Medicine, since they will be opening in the fall and I can’t find their “ideal class size” listed on their website.

So here’s the numerical breakdown of the population of first year dental students that will be attending DDS vs. DMD dental schools:

As you can see, DDS dentists on average, outnumber DMD dentists 3 to 2.

Are DMD and DDS Dentists Different?

A dentist with DMD after their name and one with DDS after their name can perform the exact same procedures.Â  There is no difference or special privilege that one degree holds over the other.Â  In fact, both degrees have to use the same curriculum requirements that are designated by the American Dental Association.

The various dental schools are given the choice as to which degree they would like to award their graduates.

The DMD vs. DDS Controversy

Many people in the general public are confused by the two degrees that dentists have.Â  In some parts of the country, people may only recognize one of the suffixes as being a dentist.

There have been calls to the ADA to get rid of both degrees and create a new “streamlined” degree that everyone will recognize as a dentist.Â  However, there seems to be too much pride in one’s degree to completely get rid of them.Â  There is also a rich history in both degrees.

Those advocates of DDS say that dentists perform surgery daily by removing tooth structure, extracting teeth, performing gum surgery, etc.Â  Advocates of the DMD degree say that dentists are truly doctors of dental medicine and need to consider the scope of the whole body when planning a treatment for a patient. Then all of the soft tissues of the head and neck are examined to identify abnormalities such as oral cancer, local oral pathology or oral signs of a systemic disease such as diabetes, blood disease, etc.Â Following this there is an assessment of the periodontal (gum) condition and the teeth are examined for decay, functional bite, esthetics as well as their orthodontic and jaw relation.Â All of these factors are considered and the dentist and patient act as â€œpartnersâ€ in determining the treatment to be done and the priorities and treatment sequences.

It seems that for the time being, there will continue to be two different degrees that permit dental professionals to perform the exact same work. Dentistry today demands proper diagnosis that takes into consideration all of your patient and dental factors and plans treatment geared to your desires and financial realities.Â All dental schools now emphasize excellence in both diagnosis and clinical skills and I think most dentists practice with that as their goals as well.Â You need to choose a dentist whom you feel has done a good job of examining you with all of the tools of modern dentistry, has an office with proper infection control and a â€œquality careâ€ environment and whom you feel comfortable and confident that their dental team can provide you with the level of dental care you need and want.