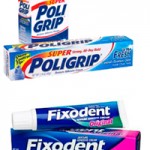 If you’re one of the 35 million Americans who wear dentures, take note — your denture cream could be putting your health at risk. Researchers have recently discovered a link between the zinc in denture adhesives and nerve damage. Several popular denture creams, including Super Poligrip and Fixodent, contain zinc. If you’ve used those products and now have tingling or numbness in your hands or feet, poor balance or unexplained weakness, contact your doctor immediately.

Health experts recommend a small amount of zinc as part of a balanced diet. However, exposure to zinc at levels greater than 10 times the recommended daily allowance can result in zinc poisoning — a condition that can be deadly if not treated quickly.

Health professionals say some denture wearers are being exposed to excessive and dangerous zinc levels through adhesive creams. The zinc in denture adhesives can be absorbed through the gums or swallowed each time a denture user eats and drinks.

The health risks posed by popular brands of denture creams, especially when used excessively, were documented in the June 2008 online issue of Neurology. Researchers at the University of Texas Southwestern Medical Center reported on four patients who had been using two or more tubes of denture adhesive per week for several years. Normally, a tube of denture adhesive can last anywhere from three to 10 weeks. However, users with ill-fitting dentures often use more than the recommended amount to form a secure bond between their dentures and their gums.

The researchers estimated that the patients they examined had been exposed to 330 milligrams or more of zinc daily — well above the recommended daily allowance of 8 milligrams for women and 11 milligrams for men. The study concluded that excessive use of denture creams containing zinc could result in hypocupremia — abnormally low levels of copper in the blood — and serious neurologic disease. 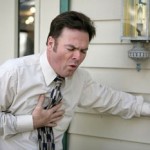 Nausea is one of the symptoms of zinc poisoning

At least one consumer has already filed a lawsuit over health problems allegedly linked to Super Poligrip, made by GlaxoSmithKline. In the lawsuit, the denture wearer alleged the manufacturer failed to warn him about the dangers posed by excessive zinc. The manufacturer has denied the allegations and asserted its product is safe when used as directed.

However, the risk of zinc poisoning prompted GlaxoSmithKline to announce it would voluntarily stop manufacturing, marketing and advertising three zinc-containing Super PoliGrip denture cream products on February 18, 2010. The products affected by this announcement are: Super PoliGrip ‘Original’, ‘Ultra Fresh’ and ‘Extra Care’.

The Food and Drug Administration does not require denture cream manufacturers to put safety warnings on their product labels. That means consumers do not realize the dangers that high levels of zinc can pose to their health.

Customized dentures made correctly do not require the use of a denture adhesive.Â Â Â  One of the best denture systemâ€™s available today is called Geneva 2000.Â Â  This is the only denture that offers male and female teeth.Â  These teeth are hand crafted in Switzerland under strict safety guidelines using fourteen layers of porcelain for a stunning life like appearance.Â  The appearance can be like the teeth you once had or create a whole new look.Â Â Â  The denture itself is made in America at a Geneva 2000 certified laboratory. (Most dentures are made in China at unregulated labs)Â  Hershberger Dental Lab in Glendale AZ is a certified Geneva 2000 laboratory. The teeth and biting plane are set differently than natural teeth or conventional dentures. This prevents the rocking and lifting that happens with most dentures.Â  Cutting bars are added to the back teeth of the denture to allow the wearer to chew and grind foods like meat, fruits and vegetables.