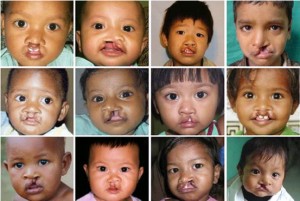 Cleft lip and cleft palate are one of the common birth defects found in the United States and around the world. A cleft is an abnormal space or gap in the upper lip or palate that is present at birth. Cleft lip is also known as harelip to some.Â  The finding of a cleft deformity in an affected baby can be a considerable shock to the parents but be rest assured for the defects are correctable and the childâ€™s future need not be adversely affected. However parents have to be mentally prepared for a long course of therapy to correct the cleft disfigurement. 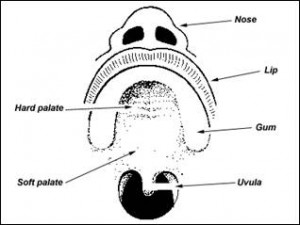 Oral clefts are detected by birth and commonly involve the lip, alveolar ridge (the ridge that forms the borders of the upper and lower jaws and contains the sockets of the teeth), and hard and soft palates. The cleft can be incomplete, which the cleft does not extend entirely from the lip to the soft palate. Cleft lip can occur without cleft palate and vice versa.

Clefts of the lip can vary from a small notch on the edge of the lips to a wide cleft that divides the floor of the nose. Clefts of the soft palate may range from a bifid uvula to a wide inoperable cleft. The most minor form of a cleft palate is the bifid uvula whereby only the uvula (the fleshy lobe at the back of the soft palate) is clefted. Some clefts which are not readily seen during examination of the mouth are called submucosal clefts or occult clefts. 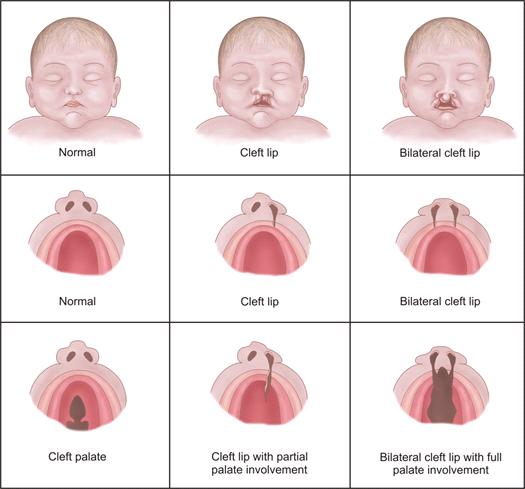 The exact cause for clefts is unknown for most cases and no single factor can be identified as the cause. Cleft lip and cleft palate may be caused by:

Rehabilitation of individuals with cleft deformities must address their appearance, speech, hearing, chewing and swallowing. Therefore management of cleft lip and cleft palate is best undertaken by a team of professionals.

Cleft teams are found in most cities and usually comprise of:

The number of specialists required depends on the severity of the clefts and the problems faced by the affected individuals. 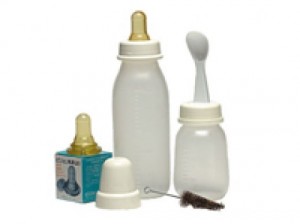 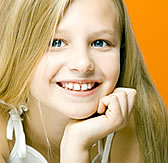 There are various cleft palate foundations around the world. Further information about cleft palate in the United States can be found at American Cleft Palate Craniofacial Association (www.acpa-cpf.org) or Cleft Palate Foundation (www.cleftline.org) where you can download booklets and fact sheets concerning variety of issues related to cleft lip and palate.